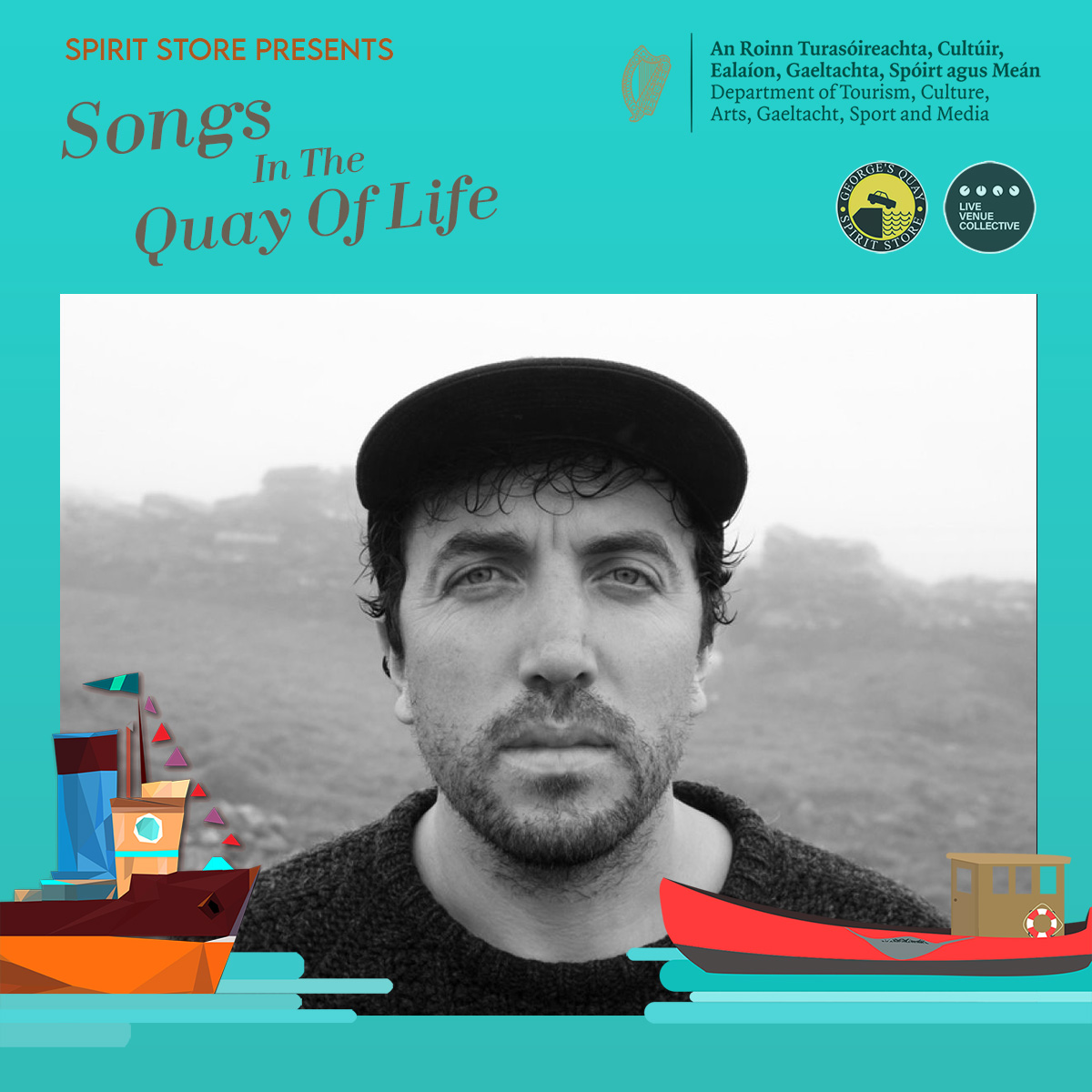 2021 has already been a busy year for David Kitt with an album release as Sansbut with free jazz saxophonist Catherine Sikora and producing and composing music for Cornaleena, a film featuring writer Kevin Barry, composer Jennifer Walshe and legendary Canadian singer-songwriter Mary Margaret O'Hara amongst many other esteemed artists.

Around March/April 2020 having just arrived in Paris during peak Covid uncertainty and with gigs cancelled for the foreseeable future he decided it might be a good moment to mark 20 years since the release of his debut album, by revisiting 20 songs from his extensive back catalogue, spanning a career that includes 8 full-length record releases. Choosing 20 songs to re-record for an intimate reworking of some of his favourite and most successful tracks, the new collection, “20”, is released independently on vinyl and digital, on Friday 2nd July 2021.

“Choosing 20 songs was more difficult than I expected, but with one eye on what I feel fans might want to hear, especially in the absence of shows I was planning for this year, I've chosen the 20 songs that resonate with me the most at this moment in time. 20 songs I feel I can still fully inhabit and at times, find something new in too.”

Having chosen the songs, the recording process ended up taking longer than expected and a lot of the early recordings he made in Paris and Dublin were abandoned.

“I realised on what i thought was the home straight of doing this “20” record that I’d chickened out, once again, from doing what I’d set out to do - which was make a record centred around solo guitar performances off the tempo-locked grid. The record had slowly become overpopulated with beat-driven tracks, and while I felt it needed a bit of that, I’d gone too far.”

The recording process really began bear fruit once he moved himself to South Kerry where the majesty of the Kingdom and slower pace of life and a quiet place to record all helped provide the necessary setting to get it right.

“It's funny how sometimes the most simple things are the hardest to pull off. I thought that simplifying things would make my job easier but it turned out to be the opposite. With so much relying on the solo performances I had to get it perfect, not technically perfect, it just had to have a certain magic to carry it - that magic proved elusive, especially against the tide of lockdown 3 and Irish January, but the circumstances probably helped in their own way too. It filled me with even greater respect and admiration for those classic singer-songwriter records of the 60s and 70s. like Joni Mitchell 'Blue', Nick Drake's 'Pink Moon', you know the ones. They're just so hard to pull off the guitar playing on those two in particular is just superhuman.

I’m not saying I’ve quite reached those dizzy heights, but I’ve definitely made a record that I haven't made before and one that I’m really excited to share.”

Once Kitt had made the more stripped back record with the ten songs of Part 1, he says he felt free and excited to introduce more beats and electronic elements and filled out the arrangements for Part 2 “at times slipping in nods to the various productions styles of records like 'The Big Romance', 'The Nightsaver' and 'Not Fade Away'. Part 2 leans heavily on The Big Romance as it marks 20 years since its release. With no other plans to mark this occasion, no opportunities to gig it, and without the rights to the original to do a proper vinyl reissue, and Warners seemingly having no interest in doing so either, it felt good to reclaim some of these songs and have new versions that I was free to release myself.

There was always an attempt to bring something new out in the new versions. My favourite song on 'The Big Romance' was 'Pale Blue Light' and it's the same on '20'. I love how that turned with the involvement of Richie Egan and Matthew Bolger of The Redneck Manifesto. To my ears it has an Eno singing with Talking Heads kinda thing going on but sounds distinctly like me, Rich and Matty at the same time. I also added a middle 8 to 'Say No More' that I wrote shortly after it was recorded and it feels much closer to how I initially imagined that song originally now”

The record also features Villager Conor O’Brien who performed a stunning chamber vocal arrangement on ‘Winter Song’, Michelle Stoddart of The Magic Numbers who brought some of her Numbers magic to ‘Lessa Lit A Candle For Me’, regular collaborators Margie Jean Lewis and Katie as well as drummer Graham Hopkins formerly of Therapy, Goodtime John, Ann Scott, Karl Odlum, David Singleton and Justin Carroll. Working with all these people remotely really helped with what was a very solitary existence in south Kerry during the pandemic and there were many zooms and chats reminiscing about the times shared over the years with all the musicians involved.

“The intention was always for this to be a fans-only record but it turned out so good I thought it was worth giving a bit of promotion and getting it to as many people as possible. There are 2/3 albums of new material coming out in the next 12 months so this is it for the nostalgia."

“I feel ready and very keen to take the songwriting wheel back from all these younger versions of myself I’ve been spending so much time with, but if ever there was a time to look back and even learn from getting back into the headspace of these old songs this was the time to do it”. 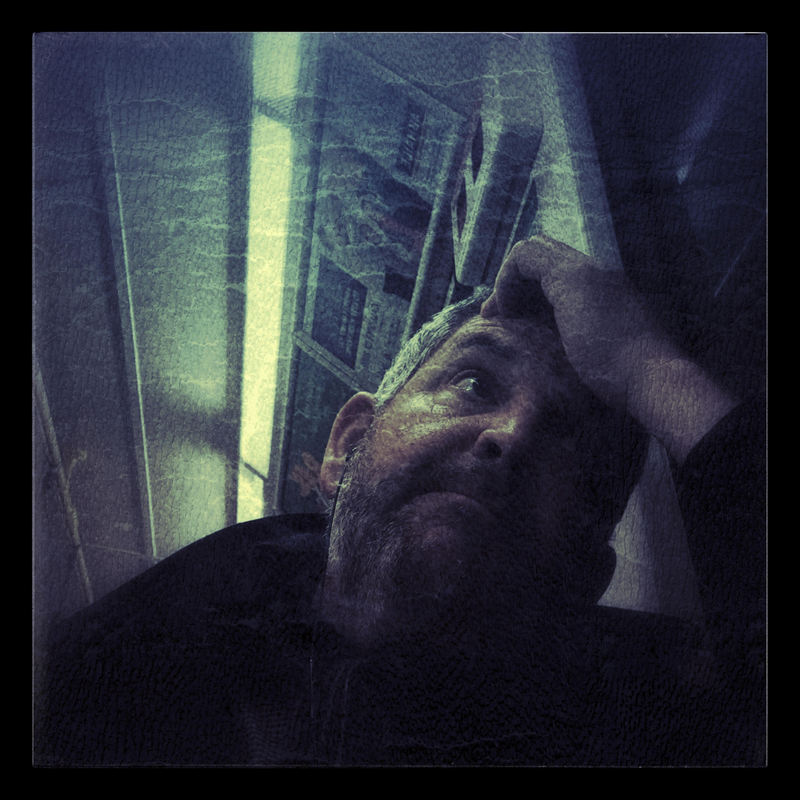