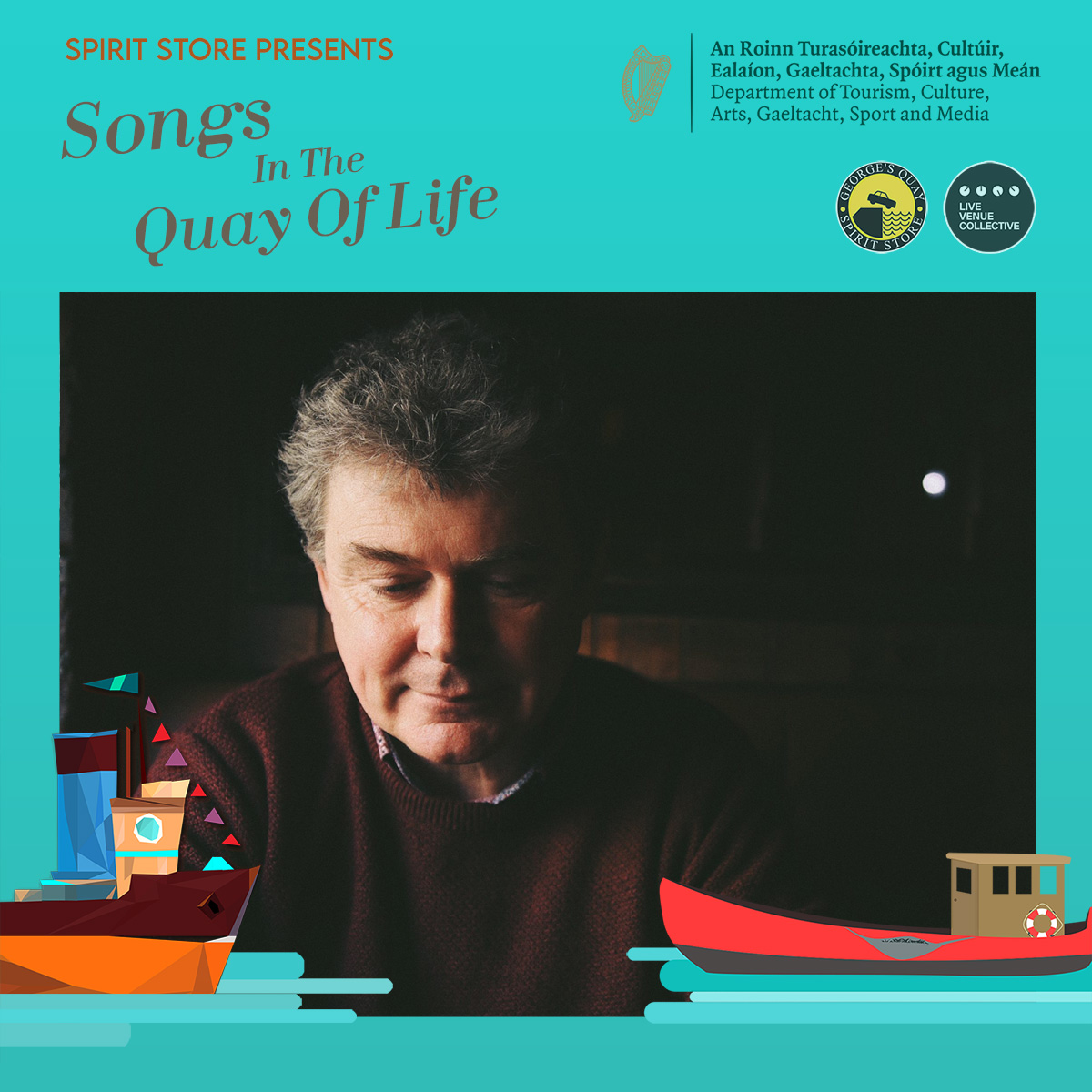 John Spillane is a musician, songwriter, performer, recording artist, storyteller, poet and dreamer. Rooted in people, place and story, his music transports the listener and his live performances captivate audiences around the world.
As an artist his music appeals to listeners across many genres and generations. His vocal style has a unique almost sean-nós like quality and his performances shimmer with the magic realism that permeates many of his songs as he effortlessly flits between beautiful poetry tinged with melancholy to roguish, irreverent humour. John has the ability to charm, mesmerise and entertain in equal measure.
A native of Cork, the County he lovingly describes as “the centre of the universe” and a source of huge creative influence throughout his career. John’s music is inspired by and encapsulates Irish traditional music in its contemporary form – a reflection of Ireland today.
A two-time Meteor award winner for Best Folk/Trad act John is one of the most accomplished songwriters in Ireland. With an extensive back catalogue beginning with the 1997 album The Wells of the World, his songs have been covered by Christy Moore, Sharon Shannon, Sean Keane and many others. Twelve albums later, John is set to release his first independent album in 20 years, 100 Snow White Horses.
Recorded in London with Pauline Scanlon and produced by John Reynolds the album is inspired by John’s travels around Ireland. The decision to release the album independently allowed for a greater sense of creative freedom and these new songs are full of poetry, Irish mythology and wonder. 100 Snow White Horses will be released in April of 2021.

Quotes:
“ … glorious technicolour hues that transcend linguistic boundaries; world music for a new world.” Irish Times
“ … these tracks exhibit Spillane’s remarkably prolific output of gorgeous, peaceful tunes.” Hot Press
“John writes catchy, heartfelt folk-pop songs with the bonus of actually meaning something.” The Sunday Business Post
"John's songs are the heart and soul of our island and they'll be sung around the world for as long as there is song." Damien Dempsey.
"I sing John Spillane songs everywhere I go. John has been my favourite songwriter for the past ten years." Christy Moore.
"The talented and inspired Cork singer songwriter John Spillane is a much loved musician whom the people of Cork have taken to their hearts." Mícheál Ó Súilleabháin.
"John Spillane is a Singer Songwriter from Cork, but he is a fellow who has touched my heart big time with his music." Páidí Ó Sé.