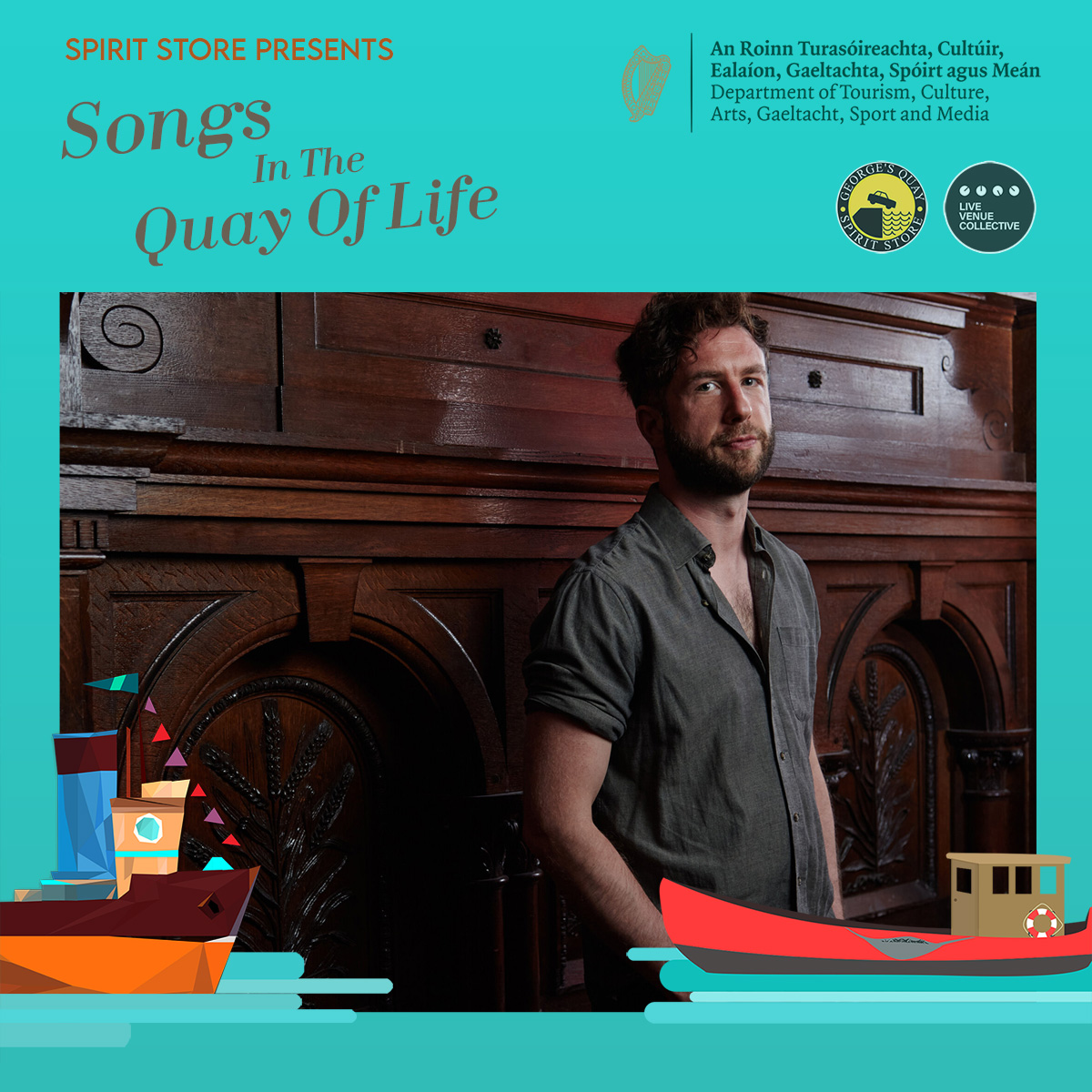 Jack O’Rourke was described by Hotpress as “one of Ireland’s most gifted songwriters” in a review for his 2019 collection of songs, Ivory Towers. A Cork man by birth, Jack certainly references the musicality of Leeside turn of phrase, but his songs explore unique character studies, matters of the heart and are deeply personal, yet universal. This particularly rings true on his upcoming third album, My Own Valhalla.

Jack’s voice - a rich baritone capable of ethereal falsetto, wraps around his tunes like a waif. Hunched around a piano, Jack is a subtle and intense performer, “showing a deftness when it comes to dissecting the minutiae of relationships and examining the human condition in a manner worthy of lyrical forebears Leonard Cohen and Tom Waits”, Don Johnston, The Irish Examiner

Jack first came to prominence with his ode to misunderstood youth and growing up gay, ‘Silence’ - which became a torch song for the Irish Marriage Equality Referendum - He went on to release his debut album Dreamcatcher to massive acclaim, peaking at No.5 in the Irish album charts and drawing huge critical praise – Tony Clayton Lea calling it “a seriously good album from a seriously good songwriter” in The Ticket and Lauren Murphy describing it as “a highly accomplished debut” in The Sunday Times.

From winning the Nashville-based International Songwriting Award to playing the Late Late Show and his Dreamcatcher album live with an orchestra at Cork Opera House, Jack’s fledgling career has been conspicuous by its high water marks. Chosen as a 2019 headliner for Other Voices, Jack was featured prominently in the television series (most recently part of the Home special in December 2020, featuring himself. Loah, Villagers and Denise Chaila. Never shy of experimentation, Jack’s rnb influenced collaboration, “New Day” with electronic artist, Kormac has nearly 500,000 views for it’s award winning music video.

Despite his versatility as an artist, the piano always remains central to what Jack does. Comparisons have been drawn over the initial years to various musicians (Bowie, Kate Bush, John Grant, Guy Garvey) However, the further Jack embarks into his own musical oeuvre, his own identity has begun to emerge and it is one that has its roots in a classic troubadour tradition, but with a modern and contemporary twist.

Jack recorded an album of piano based reflections on a changing world, My Own Valhalla, which will be released later this year. “Opera on the Floor” is the first release of many singles. Jack was also awarded a Residency at Centre Culturel Irlandaise, Paris to compose a concept album, which will commence in 2022.