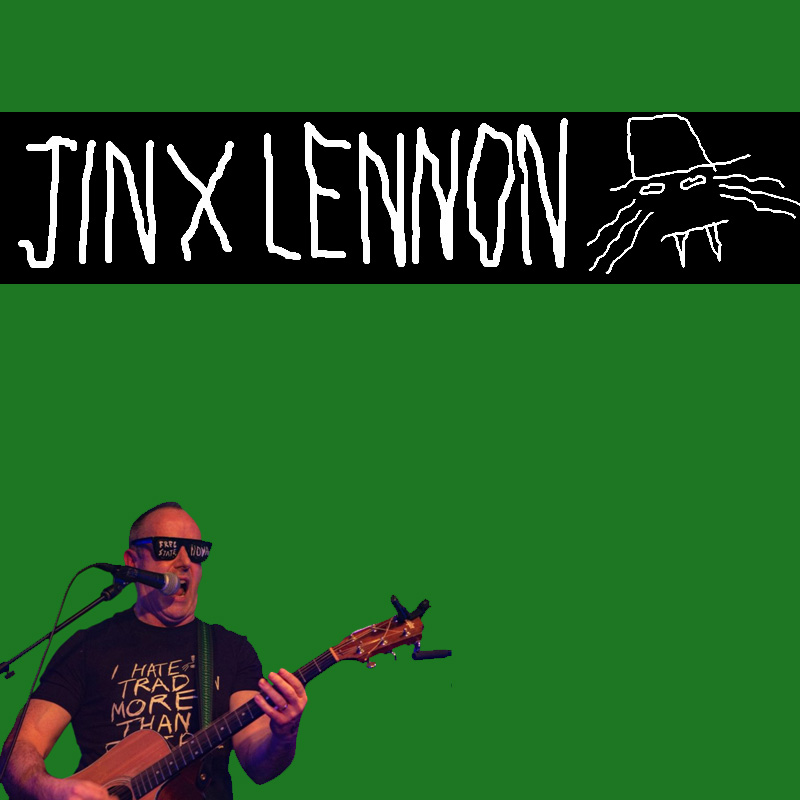 Jinx Lennon the Dundalk acoustic punk guitar man that takes you for a ride round the winding border roads and the dim yellow lights of late nights in the garrison towns,the characters in his songs are as vivid as the best of Kavanagh and a lot more besides. Lou Reed in a factory purgatory coming out of a catholic school mind control maze. Recently seen on the Tommy Tiernan show Jinx released two acclaimed albums during the lockdown "Border Schizo Fffolk Songs for the Fuc**d" and "Liferafts For Latchicos" and he played shows on the online screens when that was all that live music could be for a while .Now he's back on the three dimensional stage, this time with a pared down show on six string and drum performing the best of the back catalogue and a sackful of new classics. The new show THE MOUTH THE WOOD THE WIRE AND THE GOOD FOOT is exactly what it is raw, real, uplifting tunes. He'll either tear your head off with sound, or caress your ears with the melodies. Special guests include Baby Nits who blew away the cobwebs at this year's (unofficial) Arcadian Fields and appears with Jinx on his videos Football Football, North Louth, and Pushin The Patients Round.

He won’t be giving up the day job because of Spotify royalties for the likes of No Homeless People in Drogheda or The Manhole Covers of Dundalk. But, his music implies, that isn’t the point. The point is making listeners confront interrogative home truths about society, the environment and the head they live in.