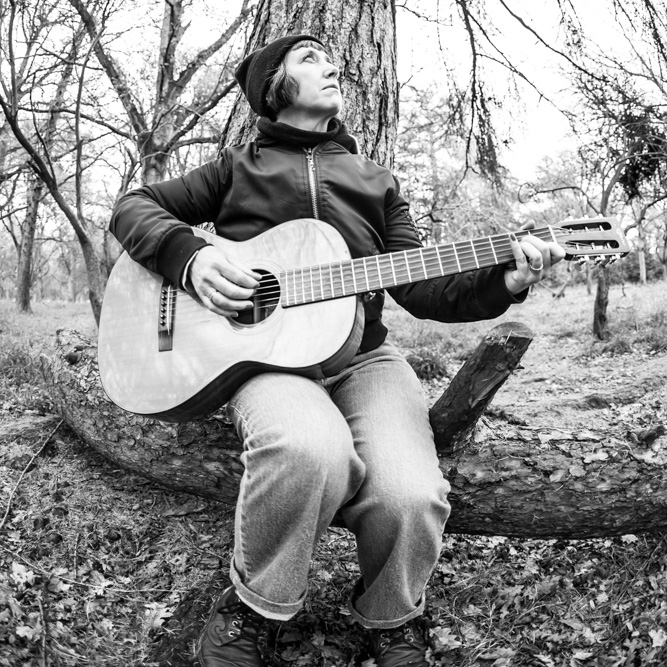 Scottish songwriter, vocalist and musician Angie McLaughlin was a late comer to the music scene. At age 28 while living in San Francisco, she quit therapy to take up voice lessons and with a new found confidence worked the open mic, pub and laundry mat scene in San Francisco playing original songs on ukulele and guitar. On her return to Dublin in 2004, she joined forces with Gary Fitzpatrick and formed the Sick and Indigent Song Club entertaining locals and tourists alike during their five year residency in The Ha’penny Bridge Inn. Her splinter group, Minnie and the Illywhackers allowed her to indulge in her passion for vintage pop .
McLaughlin is embarking on her first solo project. What began as a cathartic expression and a means of healing following the sudden loss of her husband, turned into an album of rich and authentically raw songs. ‘The Boy Is Gone’ was produced by Martin Stephenson (of the Daintees). McLaughlin and Stephenson collaborated virtually during lock down, passing songs back and forth by satellite creating an album with an ever present search for hope through dark times. McLaughlin is drawn to genres strong in storytelling and the influence of folk, country and the blues is evident in her music and lyrics.
She is accompanied on stage by long timw band mate, Shane McGrath, whose exquisite guitar and mandolin add beautiful depth and movement to the songs.