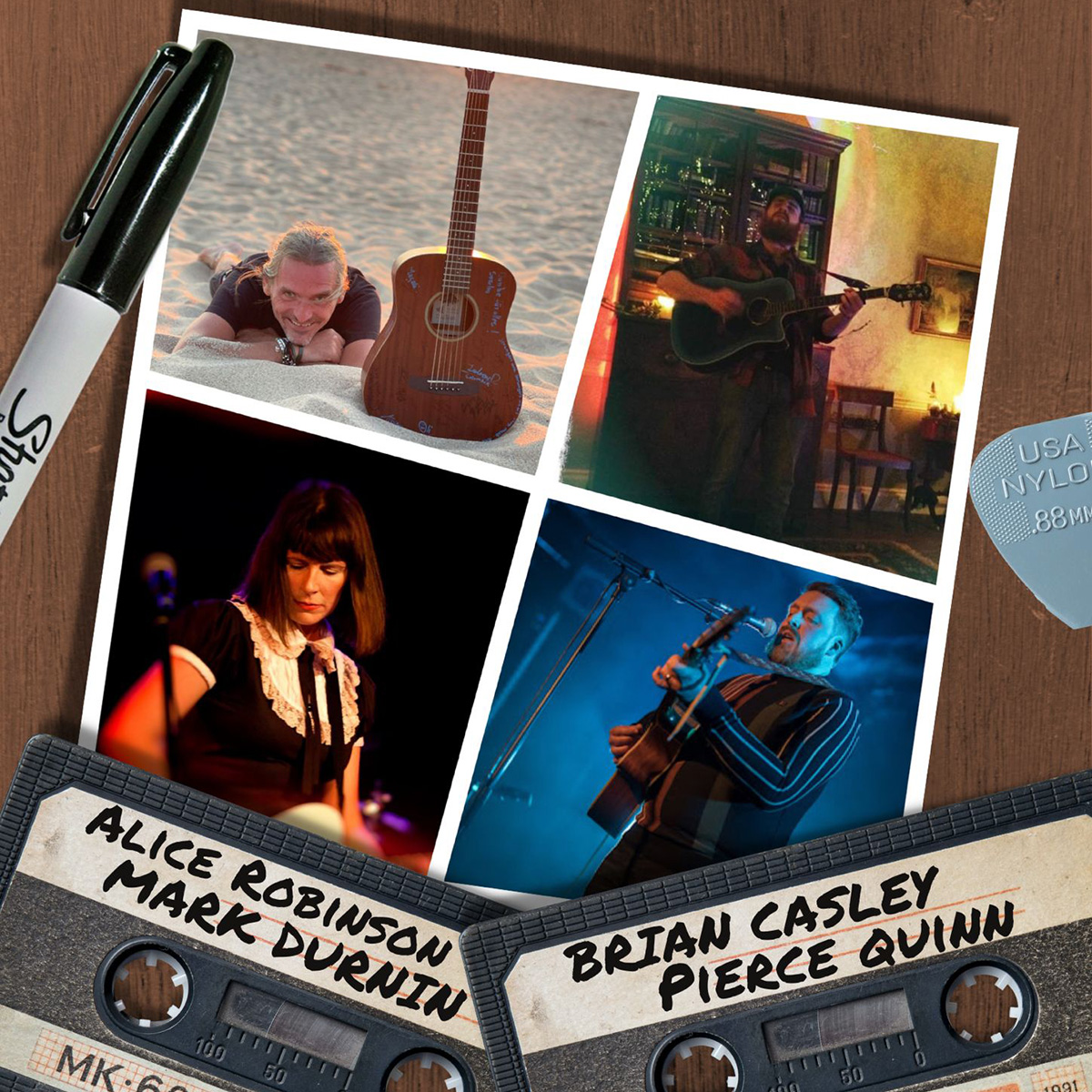 Pierce Quinn is a singer-songwriter from Dundalk. He is no stranger to The Spirit Store stage, only recently supporting the incredible 'Elephant' back in May. He has a folky blues vibe and all his own teeth for, for now...


Alice Robinson is a Louth based alternative singer-songwriter that creates musical and lyrical vocabularies that are unique and deserve our critical attention. An inimitable artist, Alice's vocal style drifts uneasily, luring in the listener with pretty and tender vocal lines before succumbing to heartrending shouts and wails of suppression and resistance.

Dundalk singer-songwriter Mark Durnin returned to the stage in late 2021 after a year hiatus, testing out new material via support slots for Orwell's 84, Niall McNamee and Finnian. With a renewed confidence and a fresh approach to songwriting and performance Mark now finds himself having fun with music, with no aspirations but to put pen to paper, hand to string and simply create.

Dundalk based musician Brian Casley has been playing around Dundalk for the past 15 years. From pub session to stage, the multi-instumentalist has played alongside some of the best musicians that Dundalk has to offer! After his original band 'The Seasons' disbanded in 2012, he moved away from writing, and spent some time playing in cover bands. Over the past 2 years he has been writing and recording incredible original music with a number of local musicians, and will release his debut album by 2022.