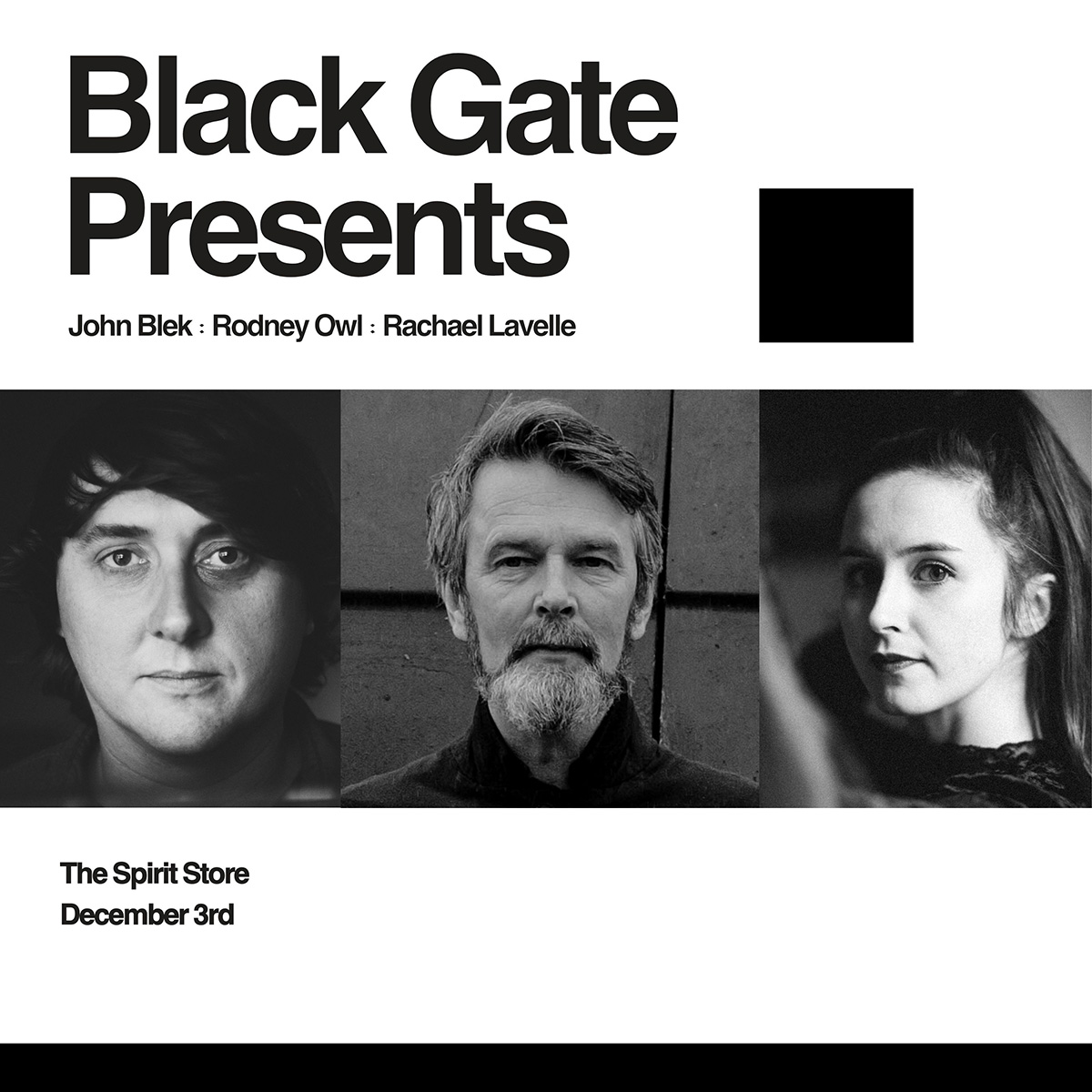 The Black Gate Presents an evening of music at The Spirit Store featuring Rodney Owl, John Blek and Rachael Lavelle.

Rodney Owl (real name Mark McConville) is a multi instrumentalist, songwriter and singer based in Galway City. Originally from Lurgan in Co.Armagh, McConville moved to Galway in 1996 and has since been at the heart of the Galway music scene playing in bands such as No Banjo and Cartoon Thieves, appearing with the latter on Sharon Shannon’s 2009 album “Saints and Scoundrels.” McConville began his Rodney Owl solo project in 2016 with the release of his debut album Woe. Since then he has gained substantial critical acclaim and had his music aired on Late Date RTE 1, Across the Line on BBC radio Ulster, An Ghealach Ghorm and An Taobh Tuathail. His music has been described as reminiscent of Nick Drake, early R.E.M and Neil Young.

John Blek
“An artist in the truest sense of the world, Blek has dedicated years to developing and nurturing his craft – quietly carving out a presence as one of the most captivating singer-songwriters this country has produced in years.” - Hotpress

Blek is an artist with a story to tell. With his timeless emotive voice and layered fingerstyle guitar you will be transported from scene to scene as his expansive songbook unfolds.

Rachael Lavelle
“Rachael Lavelle doesn’t release music all too often, but when she does, you can count on it being totally bewitching and more than a little uncanny.” - The Quietus