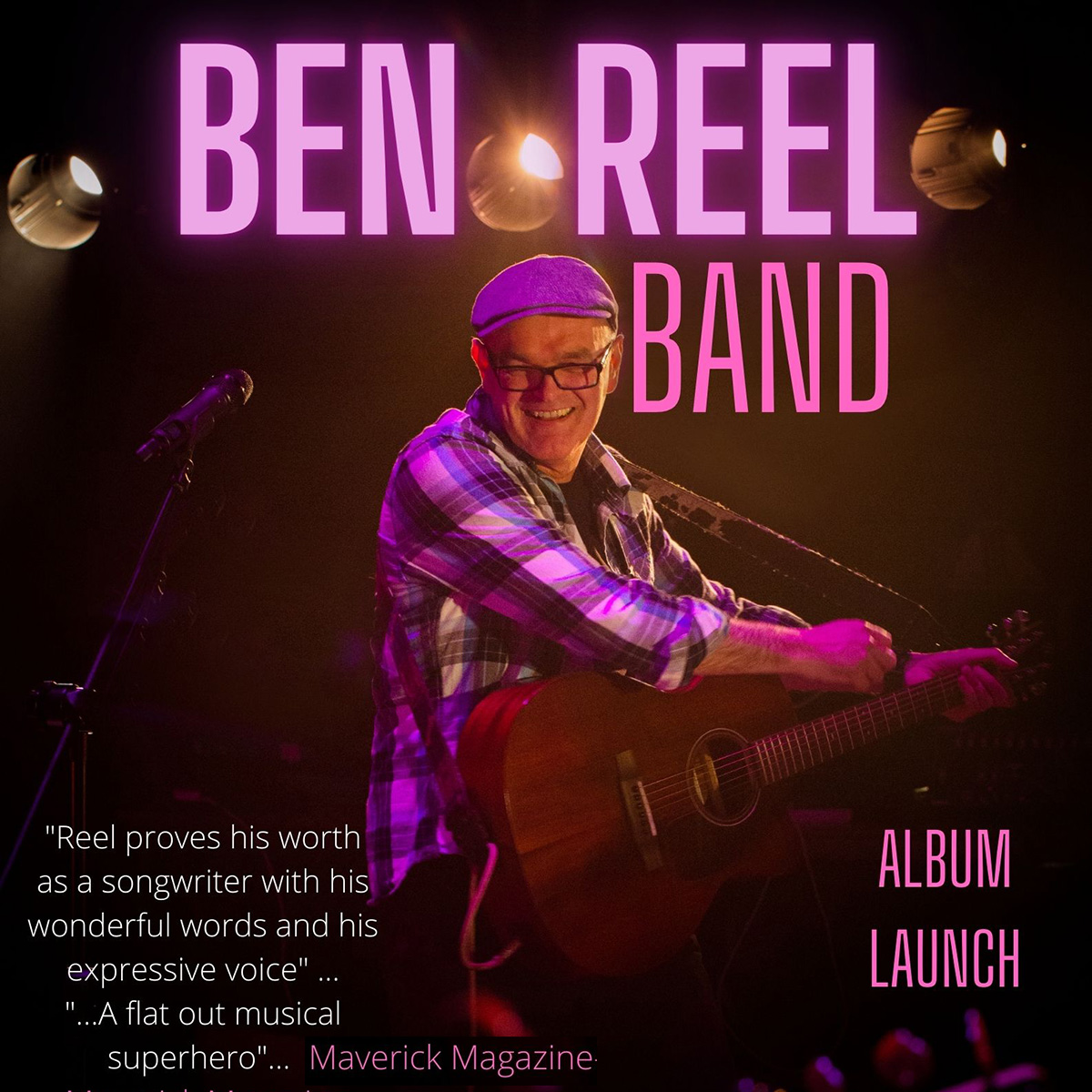 Ben Reel released Live @JJ Smyths Dublin on the 1st November 2021. A concert that was recorded in 2013 in the legendary but sadly now closed Dublin Jazz & Blues venue. Ben mixed the album during Covid lockdown when he had plenty of time on his hands. This album might have never seen the light of day during normal times with Ben’s usual busy touring schedule. The live album features mostly songs from that period, his 2013 album Darkness & The Light & some of his finest songs from the previous 5 albums. It also includes 2 great cover versions of Bob Dylans - The Times They are a Changin’ & The Beatles - A Hard Days Night. Featured on the recordings are the long standing, outstanding members of the Ben Reel Band - Ben's wife Julieanne Black Reel on backing vocals, Michael Black on Drums, Ronnie O'Flynn on bass, Mick McCarney on Electric guitar & John McCullough on piano & organ.
This follows on the heels of ‘The Nashville Calling` the title of the 9th studio album which was released in March 2020. Produced by Will Kimbrough and Tommy Womack and featuring Garry W Tallent on bass from the legendary E Street Band. Recorded in Nashville the album was done and dusted in just 3 days with all live takes with a rootsy rock, live band feel.
Since his debut album `This Is the Movie’ back in 1999, Ben has reinvented himself from album to album, influenced by different styles of music over the years. As one critic said, " He's not afraid to throw in some in folk, soul, reggae vibes, which in turn call to mind John Hiatt at his best". Another describes him as “somewhere in the middle ground between rock and jazz or a sound that is sometimes reminiscent of Dylan and the Band”.
In a solo career which now spans over 20 years, Ben has received worldwide critical acclaim with numerous high profile TV/Radio appearances like BBC, RTE and Dutch NPO Radio. Supporting the likes of Jools Holland, & The Cranberries and he has collaborated musically with such names as Hal Ketchum & The Blockheads. He has co written and performed live with his fellow countryman Tony McLoughlin and some of Nashville's finest such as David Olney, Nanci Griffiths & Irene Kelley.
In the past Ben was selected to play an official showcase at Folk Alliance in Memphis TN and has toured as double bill with Tommy Womack (Nashville) in the U.S & UK and also with legendary American folk singer/songwriter Eric Andersen in the UK & NL. While in Nashville he was invited to play the famous Bluebird cafe on a number of occasions. Ben continued to stay in touch with his fans during Covid lockdown by playing 50 online streamed gigs on Facebook live every Friday night for one year.
In past years Ben has enjoyed successful tours in Ireland, UK, Europe & U.S.A, receiving rave reviews and attracting a growing loyal fan base. He has graced big festivals such as Jamming@Hippie Jacks (USA), Musiktan festival in Bilbao,(ESP). Haarlem Jazz & Huntenpop (NL), Robin Hood folk festival (UK), Kilkenny rhythm & roots, Cork jazz & Electric Picnic (EIRE).

Latest News: New album to be released later this year titled Locked In & Live. The album will feature 8 new studio tracks plus 8 live tracks from the back catalogue that was recorded in the Iontas Theatre Castleblayney during lockdown. Its a kind of double album that will fit on one CD. Side A Locked In and Side B Live. - Coming soon