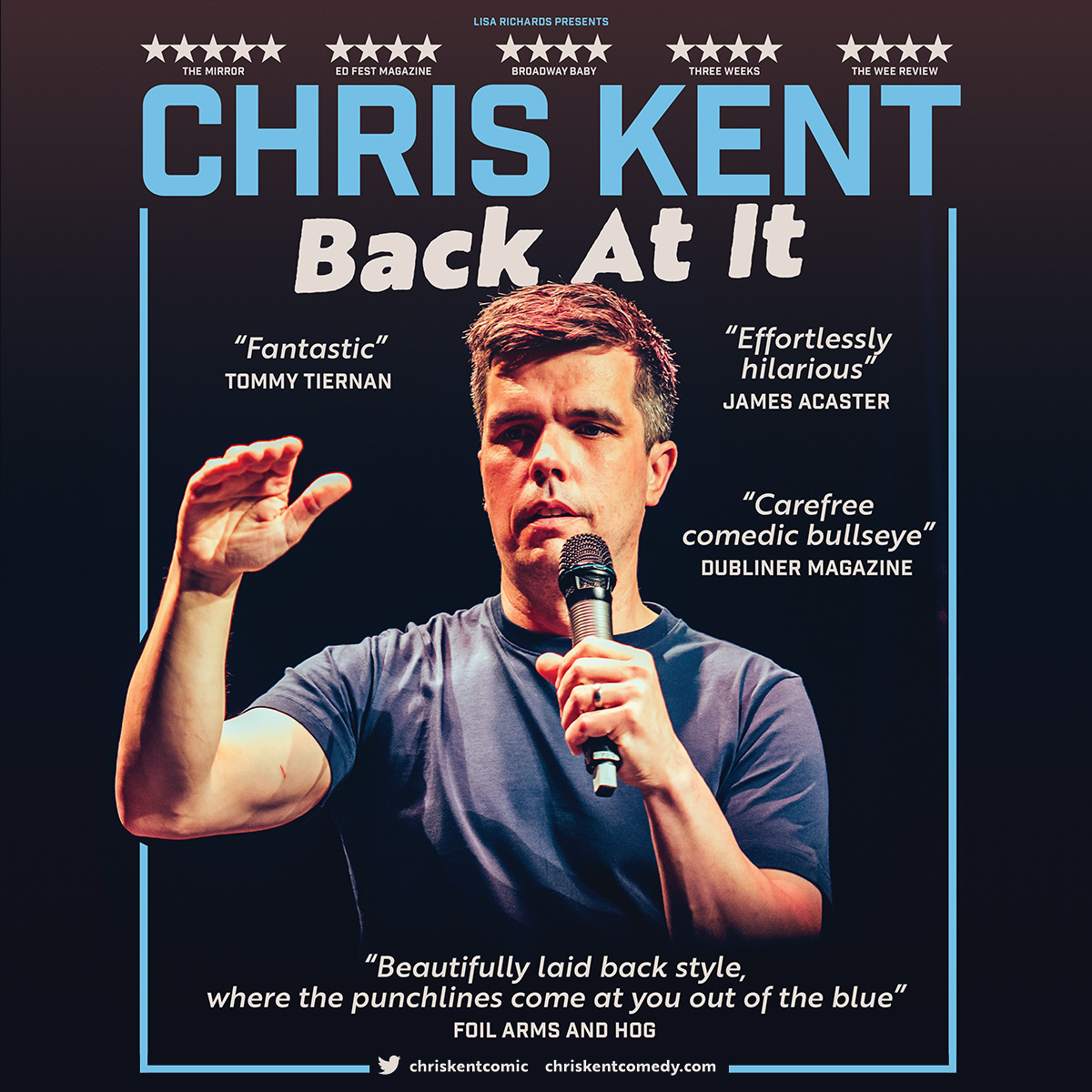 Cork man Chris Kent returns with his brand new show “Back At It”. After a dose of the real world (having gone back to the day job as an electrician), Chris found himself with two jobs and the ridiculous notion of trying to buy a house. It turns out he did not have enough jobs.
Something had to give and shur there’s no future in electricity anyway…

“Chris is effortlessly hilarious, an incredible storyteller and one of my favourite comedians working anywhere today"
JAMES ACASTER

“He really makes me laugh and I think his stuff is so smart, he would be one of the best comics that I would have seen. He's fantastic"
TOMMY TIERNAN

'Beautifully laid back style, where the punchlines come at you out of the blue'
FOIL ARMS AND HOG