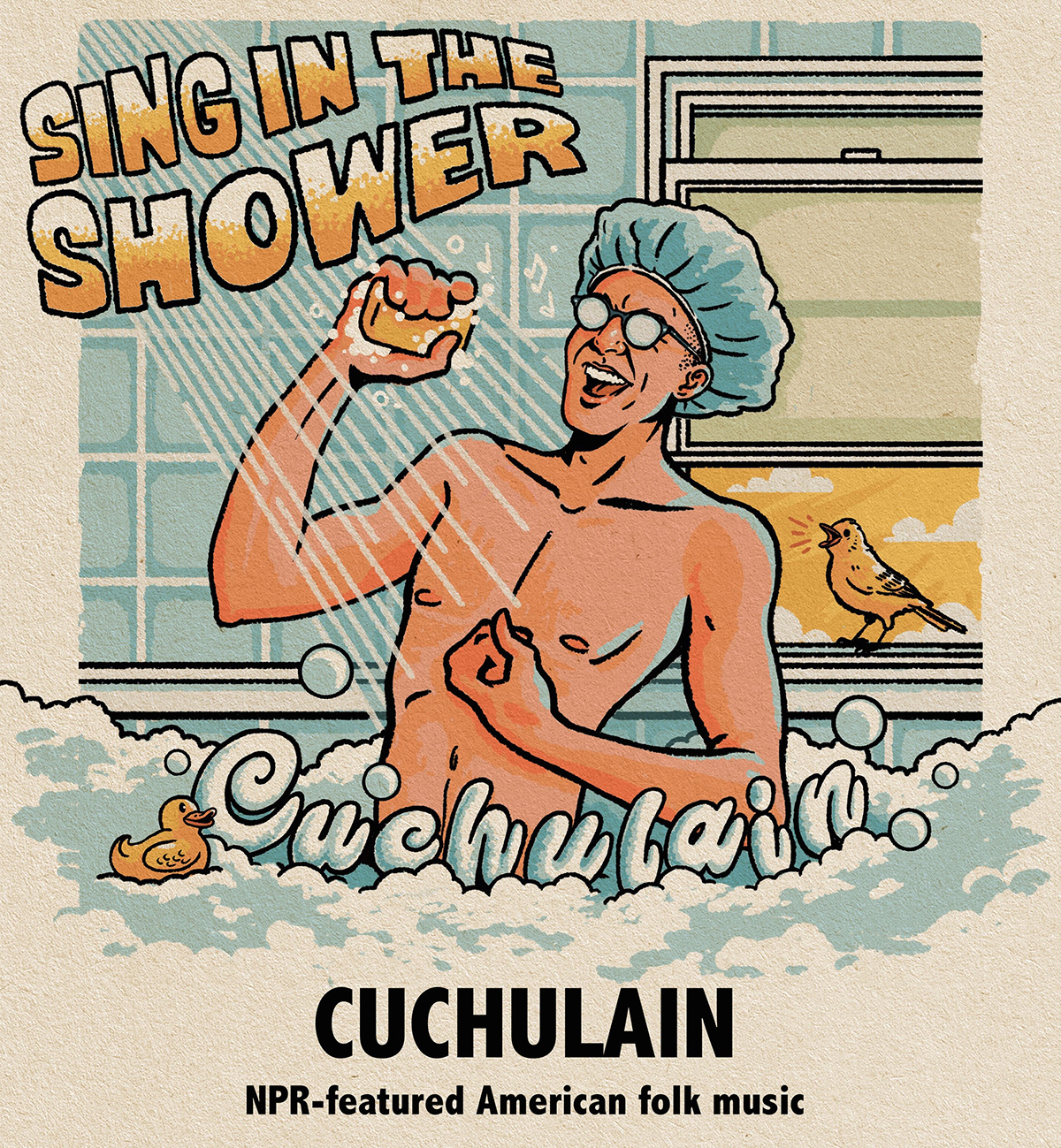 
NOT A TICKETED EVENT - 5 EURO SUGGESTED DONATION ON THE NIGHT

Cuchulain is a low-voiced songwriter with a wry wit. The NPR Music-featured American folk singer released an album of long distance pandemic collaborations called FEAT that was called "an as-yet-unpublished portion of the Great American Songbook." Cuchulain's deep baritone and clever lyrics have drawn comparisons to Randy Newman, Leonard Cohen, and Johnny Cash. His Sing In The Shower single release tour will take him across the US and Europe this summer 2022, including to The Spirit Store in Dundalk.