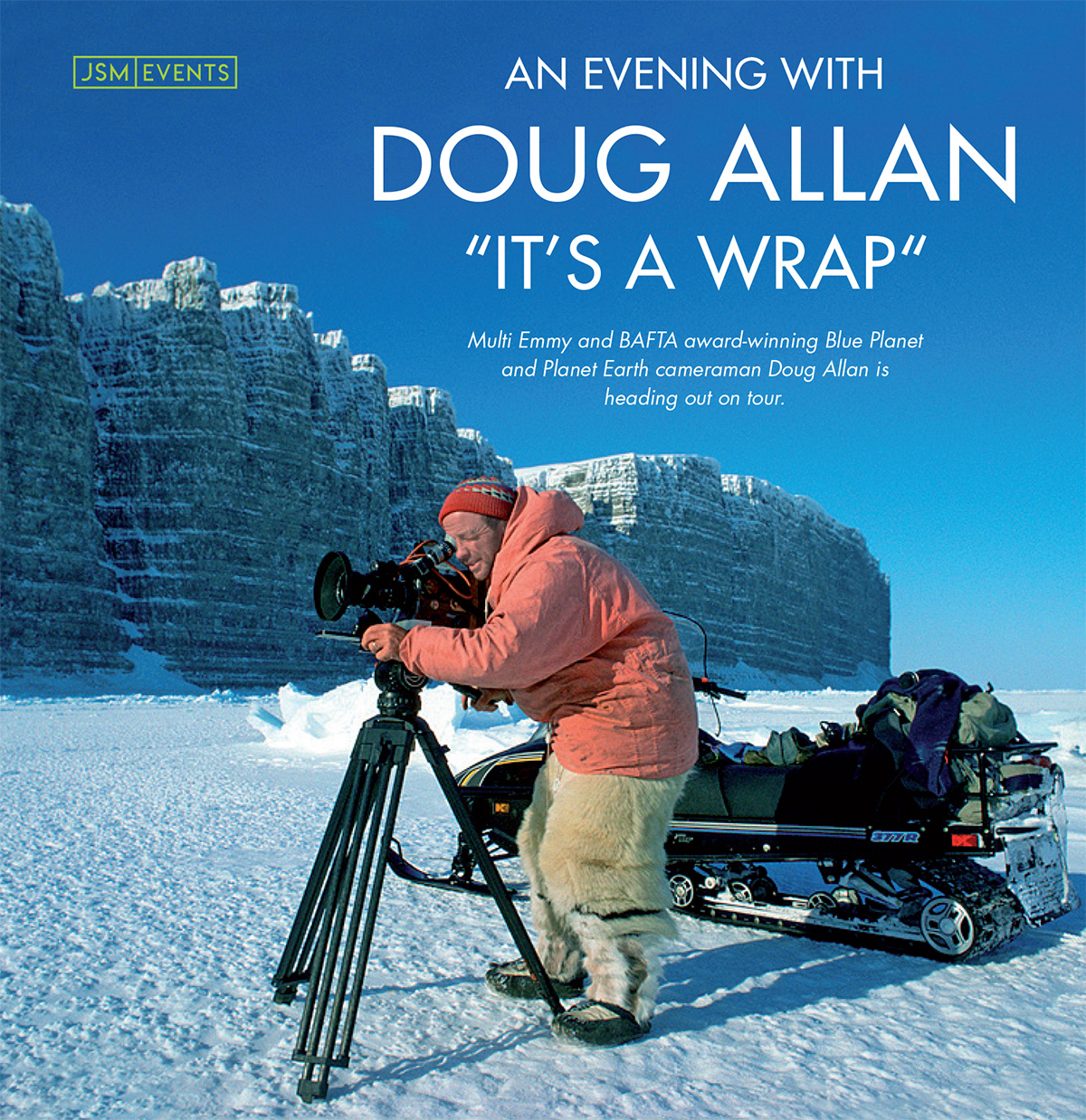 Join multi-award winning wildlife cameraman Doug Allan for an evening of behind the scenes stories for all the family, with highlights from the most challenging assignments of his 35 years filming wildlife in the remotest places on Earth. Find out if snow leopards or leopard seals are the most scary; discover how to get close to the biggest fish in the sea and whether your eyeballs freeze at minus 50.

Born in Fife, Doug Allan spent seven years in Antarctica as a Scientist, research diver and photographer for the British Antarctic Survey, before
changing direction to full time freelance filming in 1983.

Since then he has become one of the world’s best known and respected cameramen, specialising in natural history, expeditions and science documentaries. In his 35 year filming career, he's worked for the BBC, Discovery, National Geographic and many others, filming for series including The Blue Planet, Planet Earth, Human Planet, Frozen Planet, Ocean Giants, Operation Iceberg, Wild Cameramen at Work, and Brian Cox’s Forces of Nature.

Copies of Doug’s book Freeze Frame will be on sale, as well as his colour prints of polar bears, penguins and seals.