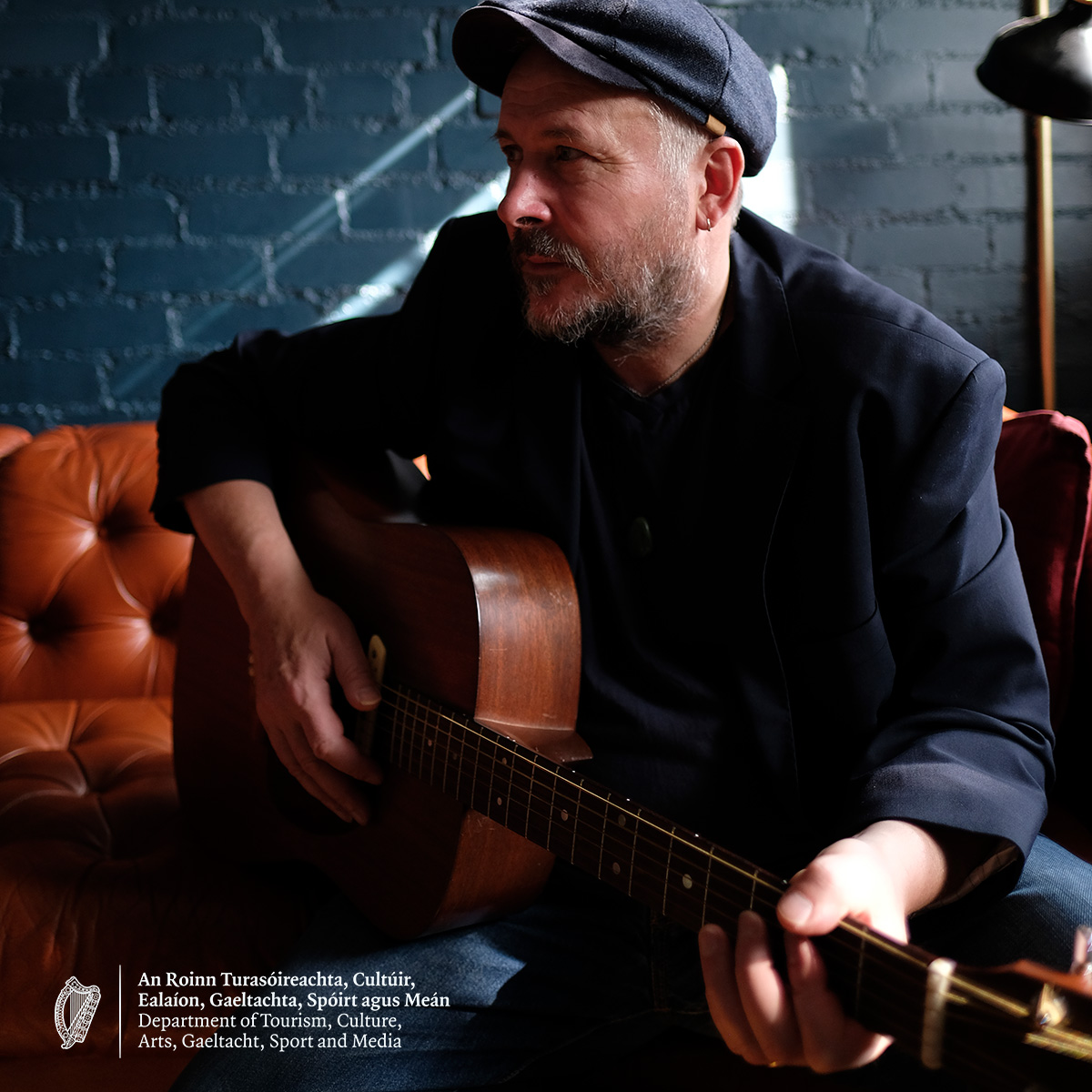 "The Ruining Everything Tour"

Seán Millar also known as Doctor Millar is a critically acclaimed multi award nominated musician, writer and theatre maker from Dublin. He has released 5 Solo albums and written, and composed for, several award winning theatre shows.
His album 'The Bitter Lie' got him nominated for a Hotpress Heineken award for best songwriter and has made several critics best Irish albums of all time lists and was recently cited by “for these I love” as a major influence.
His Album 'The Deal' was a Sunday times top 5 albums of the year and included in Tony Clayton Lea's100 Irish albums you must hear before you die.
His “album Always coming home” had him hailed as 'a national treasure' by the Irish Times and The Hotpress Magazine review pointed out why his work was more relevant than Dylan and Elvis Costello- they later called him Ireland's greatest songwriter.
His 2013 album C48 was hailed as a masterpiece by Hotpress, and got 4 and 5 star reviews in the Irish Mail, State Magazine and Sunday business post, and was RTE arenas critic's choice of the album of the year.
As a theatre maker Seáns Critical success was combined with sell out festival runs and international tours.
His piece Silver Stars was listed as no 1. In the Irish Independent Newspapers most important theatre shows of the noughties- and made the Irish Times Critics best live music events and best Theatre events in consecutive years 2008 and 2009. It has been the subject of several academic works and is studied as text on several university courses. His show The last ten years was nominated for two fringe awards. He was also the composer for Brokentalkers' international winning dance piece “The Blue Boy” which over a period of four years, toured all over the world.
aSince the late 1990s, Seán has worked as an artist/facilitator on many groundbreaking Community-based, socially-engaged, collaborative music and theatre performances (this too has been the subject of academic works).
One of his goals has been to cross, and indeed help dissolve, the divide that is perceived to exist between community-based participatory projects and so called “serious” artwork.
The themes he is drawn back to, again and again, are the ignored and forgotten stories of Irish society- and the perspectives that time allows us on emotive topics.
In May this year, Bealtaine festival and The Abbey Theatre hosted a night celebrating this work. It was a huge success.
His most recent Album C48 was hailed as a masterpiece by several Irish Publications.
His most recent theatre show Shame ( co writer), a collaboration with his partner the actress and comedian Pom Boyd, was Nominated for two Fringe awards.
His most recent participatory arts piece, 'Sometimes the signal jumps', created over 2 years with Residents of Bluebell Housing Estate, was performed by the National Symphony Orchestra and a cast of community performers, at the National Concert Hall in October 2019.
Dogs, his new project with long-time friend Nick Kelly ( The Fat Lady Sings) was started when they spent a week Dog Sitting in west Clare.
You're ruining everything, was recorded during lockdown and finds release now with European label, 'Gentlemen Records'. Seáns live performances are legendary, a mix of self-humour and dangerous storytelling all delivered with a post punk trashy energy.

“Ireland's greatest songwriter” - Hotpress
“An Irish National treasure. The poet laureate of Dublin's dark side” - The Irish Times
“Ireland's Greatest lyricist” - RTE guide
“It’s the song that’s had the most impact on me for quite a long time. In fact, every fucking song on that album is amazing. The lyrics, the way he sings” - Paolo Nutini