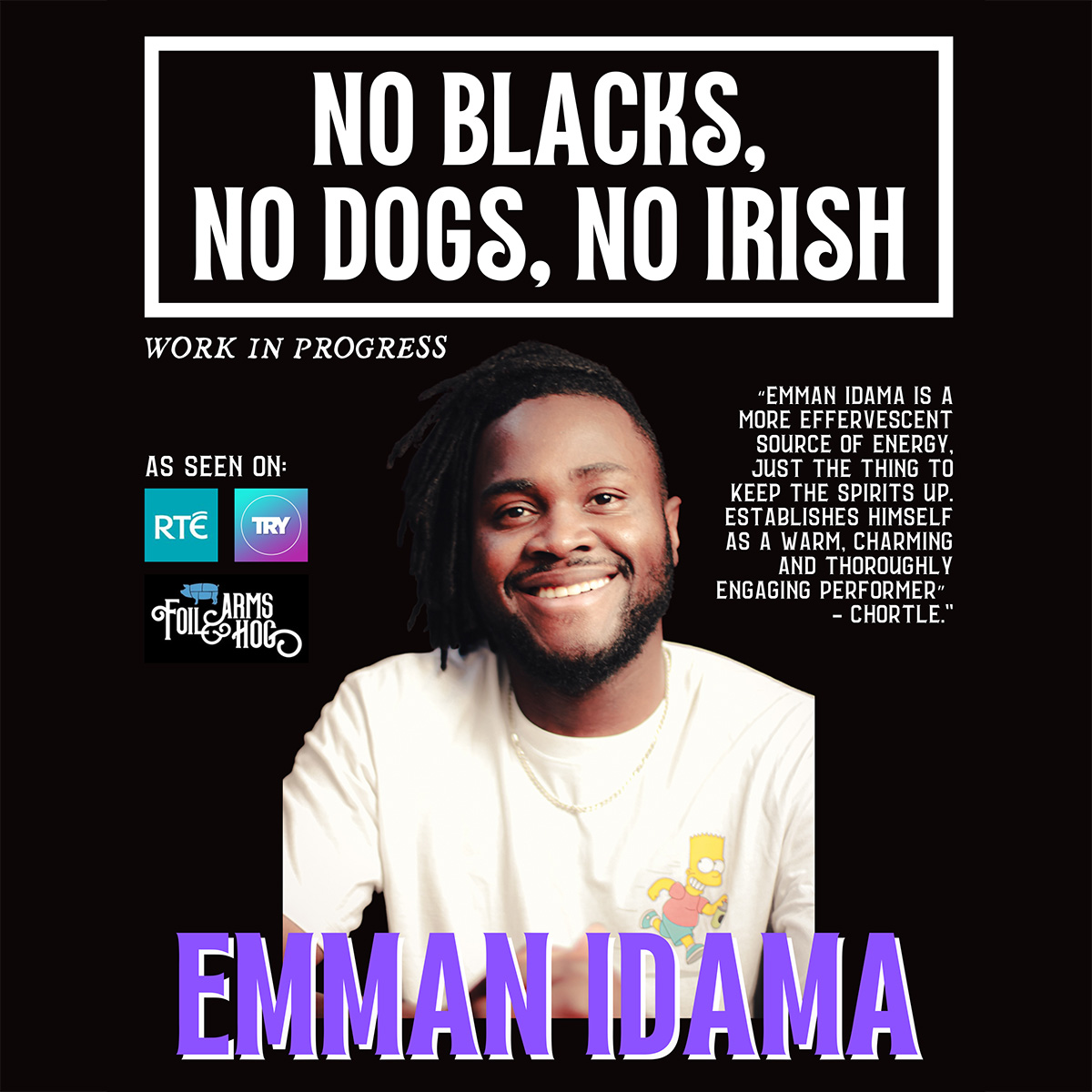 “No Blacks, No Dogs, No Irish”

Emman Idama is a Nigerian born Irish comedian, who has been performing around the UK and Ireland with his unique storytelling skills. The 2019 Chortle Student Comedy Award Finalist, finds a way to bring audiences into his life with laughter and wit.
He has appeared on RTÉ shows such as No Worries If Not!, Laughter In The Eye (filmed at the 2019 Galway Comedy Festival), Electric Picnic, Des Bishop’s This Is Ireland in 2016, The Year That's In It 2015, Try (YouTube Channel) and he has also appeared on Foil Arms and Hog sketches such as Getting Past Irish Immigration, Countries Guess Who They Are and many more.
A mainstay at festivals, he has performed at Latitude Festival, Electric Picnic, Forbidden Fruit Festival, Vodafone Comedy Festival, Edinburgh Fringe Festival, Cat Laughs Festival, Galway Comedy Festival, and too many others to count. A resident host at Stitches Comedy Club, the award-winning comedian has opened for acts such as Eric Cantona, Jamali Maddix, Seann Walsh, Seann Patton & many more.
“Emman Idama is a more effervescent source of energy, just the thing to keep the spirits up. Establishes himself as a warm, charming, and thoroughly engaging performer” – Chortle