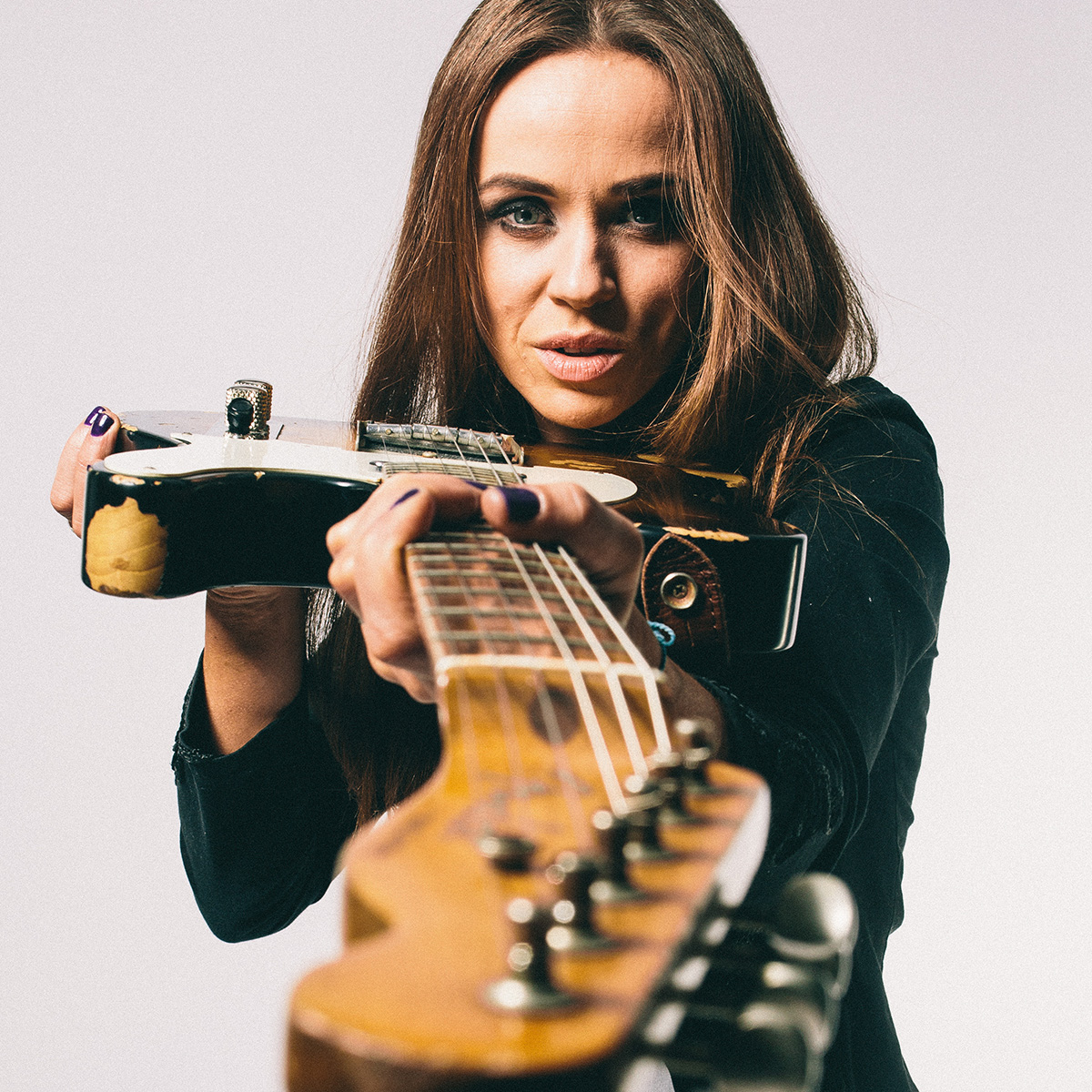 Grainne Duffy is an Irish guitarist, singer and songwriter hailing from county Monaghan, Ireland. Her specific genres include Blues, Soul and Americana enriched with some delicate country and pop elements.

Her professional career started in 2007. The same year she released her remarkable debut album Out Of The Dark, proof talent that was raising at an impressive rate.
Described by The Sunday Times as ‘a blues singer of real integrity’, Grainne Duffy is a pioneer of her own style while also paying sincere homage to her roots, soul, blues and rock traditions.

During 2011 she released her second album Test Of Time as a result of her collaboration with the producer Niko Bolas (Melissa Etheridge, Los Lobos). The release and the accompanying video to the title song further marked the development of Duffy’s reputation in the U.K followed by the rest of Europe, Canada and Australia

Important highlight are her 3 concerts at Glastonbury festival, 4 concerts at Woodford Folk festival (Australia), Tremblant International Festival (Canada) and her appearances at Mahindra Blues Festival (India) where she shares the stage with likes as Billy Gibbons, Eric Gales, Shemekia Copeland and Supersonic Blues Machine. 2014 and 2015 sees Grainne as winner in Blues Matters Writers Poll in the categories “best vocalist” and “best solo artist”

With a voice that is as passionate as it is raw and honest, accompanied by simple, melodic and phrased guitar lines, this is what you have in Grainne Duffy. 2017 sees her in USA recording with producer Justin Stanley (Eric Clapton, Sheryl Crow). This results as release of third album “Where I Belong” to follow the success of the previous two. The title song “Where I Belong” leads Duffy to numbers of live sessions at BBC and live performance at BBC TV.

The summer of 2018 sees Grainne to share the stage at Cornbury Festival, UK alongside with fine artists like Alanis Morissette and Mavis Staple.

Duffy releases her 4th studio album “Voodoo Blues”during October 2020. It is warmly received internationally achieving # 7 in UK IBBA Top 40 , # 13 in USA RMR and # 8 in France Powerblues charts. The album led Duffy to be winner in Independent Blues Awards 2021 in the category “Best Modern Roots Artist”. This success is another proof for Grainne’s incredible songwriting and vocal capabilities. The moody blues quality of the vocals perfectly collaborates with the steady groove laid down by drums & bass and perfectly enriched by lead guitarist Paul Sherry. The album presents powerfully the very strong identity of Grainne Duffy.