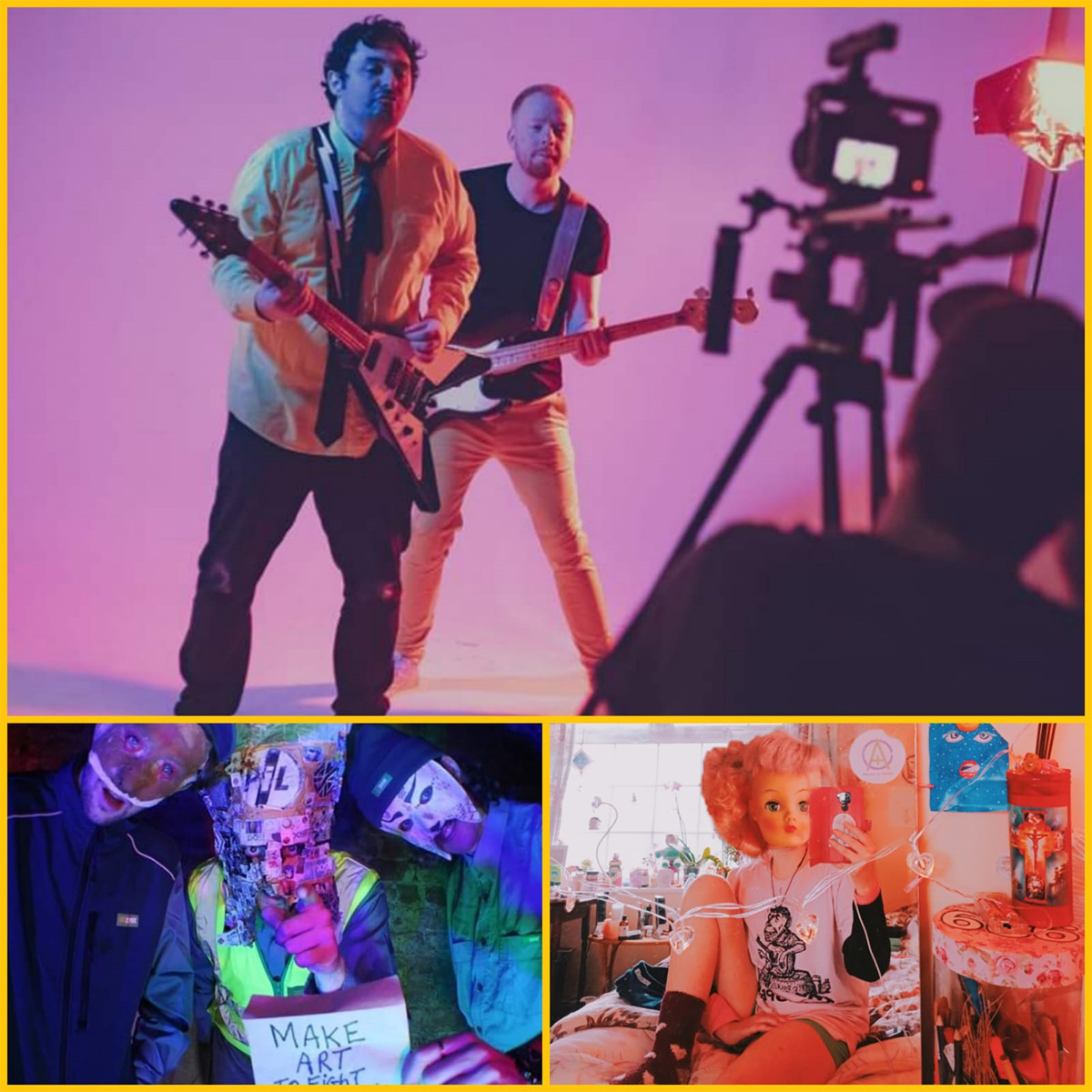 ICE POP is an alternative rock artist from a freezer in Dublin. Having only thawed out in 2020, he has since released the singles and accompanying videos for “Gerry Adams in the Sky” and “Sex with a Socialist”.
Collaborating mainly with multi-instrumentalist Luke Warm in the studio, 2021 sees ICE POP return to the post-COVID live scene with Luke and a full band.
His music has been compared to Electric Six, The Presidents of the United States of America, and early Beck.

Post Punk Podge & The Technohippies is a figment of punk and An Post's imagination a singer/rapper/musician from Limerick. His goal is to turn the symbol of the brown envelope from a symbol of corruption, deception, and greed into a symbol of self-expression, defiance and laughter. The Technohippies are his accomplices.
A festival mainstay the last few years including playing Glastonbury and Electric Picnic, they released their debut album “Euphoric Recall” this year.

BABY NITS are a DIY electronic act from Dundalk. Spending their entire lives on the human scalp and feeding exclusively on human blood, they make art/tunes.
BABY NITS will make you dance to Polly Pocket beats, republican absurdism, and Frank McCourt being called a liar.
Their music features on the Bitch I'm Fucking Beautiful compilations and they recently performed at this year’s Arcadian Field.