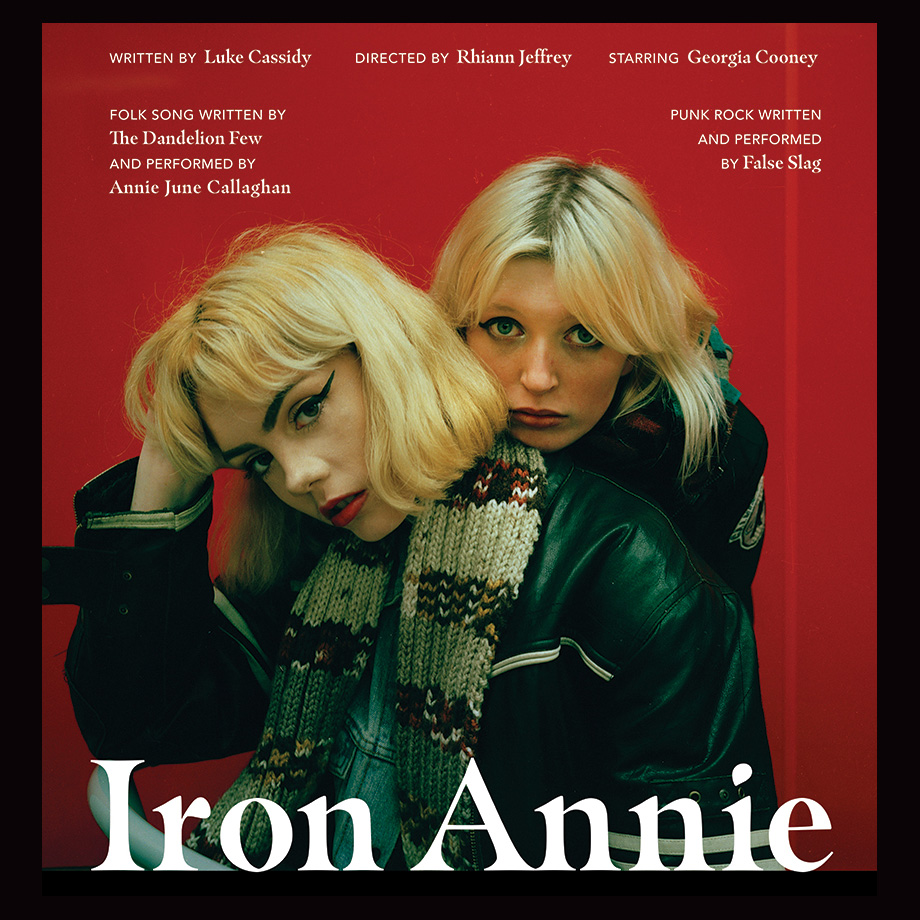 The Iron Annie Cabaret is a celebration of music, theatre and literature. Based on Luke Cassidy’s debut novel Iron Annie, it tells the story of Aoife, a major figure in Dundalk’s small-town underworld, and A unique musical and theatrical interpretation of one of the most ambitious literary debuts of recent years, the Iron Annie Cabaret is coming to the Boys School at Smock Alley this July. It’s a show that combines live music with the intensity of monologue theatre that is in turns intimate, violent and funny. Think Reservoir Dogs meets Fleabag with a badass original soundtrack
Writer Luke Cassidy published Iron Annie in 2021 (Bloomsbury & Vintage Books), to widespread critical acclaim, and toured the Iron Annie Cabaret to twelve theatres around the country. Iron Annie has been long-listed for the Desmond Elliott Prize for the most outstanding debut novel published in the UK or Ireland, and listed by Hotpress Magazine, as one of their top ten books of 2021 in their annual readers poll, the 'Hotties'. The production is made possible with support from the Arts Council of Ireland.
Age Guidance: 18+