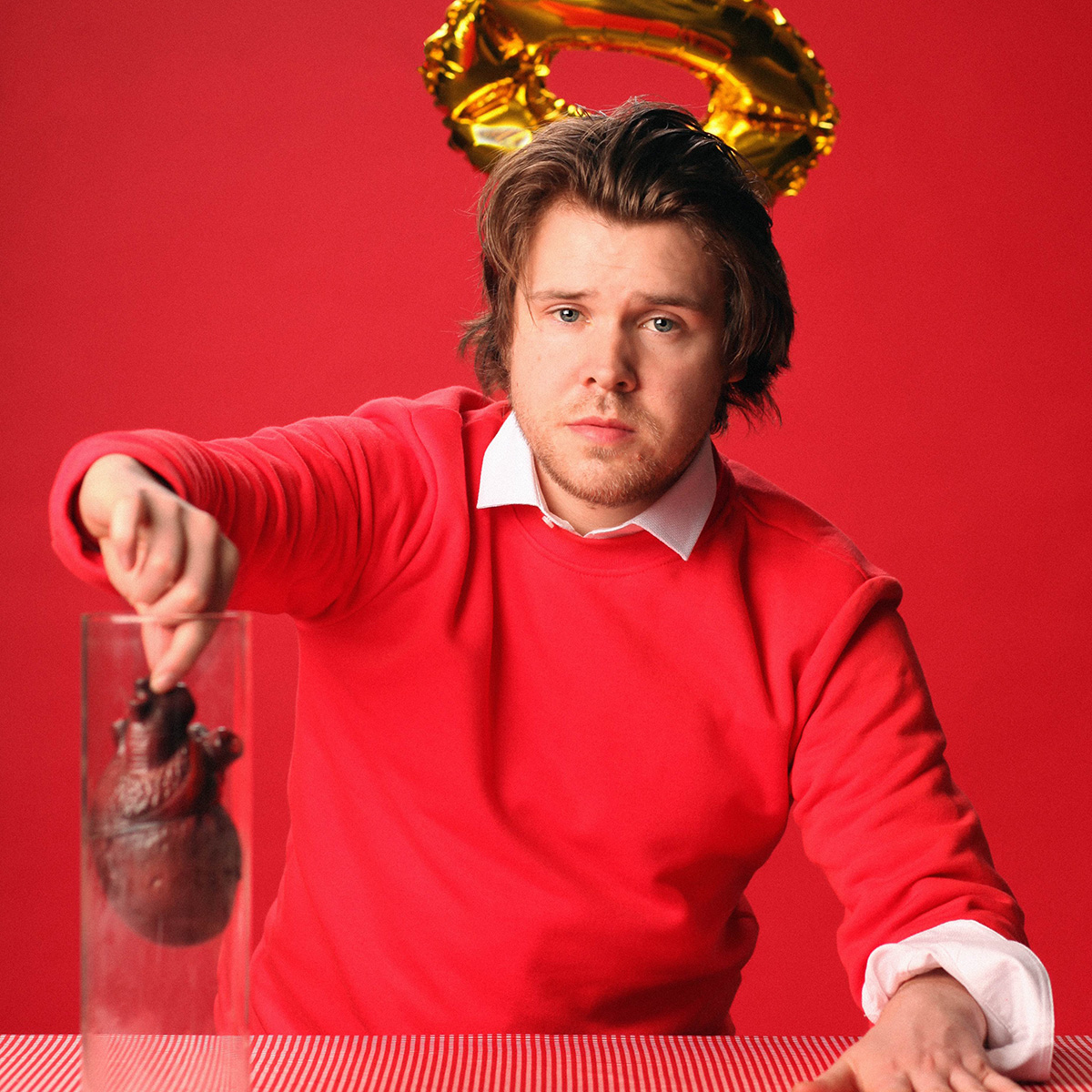 An idiosyncratic, challenging and richly lyrical singer/ songwriter, Junior Brother is the pseudonym of Co. Kerry, Ireland singer Ronan Kealy. Chosen as The Irish Times’ Best Irish Act of 2019 and nominated for the 2019 Choice Music Prize for Album of the Year, Junior Brother has built a rabid following thanks to unmissable live shows, and music both excitingly forward-looking and anciently evocative. His strange stories unfold with reckless abandon upon a distinctive guitar and foot tambourine accompaniment, influenced as much by the avant-garde as music from the Middle Ages and his home place in rural Ireland.
In addition to earning a Choice Music Prize nomination, Junior Brother's trailblazing debut album “Pull The Right Rope”, also saw Kealy garner two nominations at the 2019 RTÉ Radio 1 Folk Awards, for Best Folk Album and Best Emerging Folk Act. Similarly, vigorous approval from modern-day Irish figureheads such as the Rubberbandits and Cillian Murphy has furthered Junior Brother's stock, the latter playing Junior Brother several times on his BBC Radio 6 Music Show. Along-side further airplay, his television performances include appearances on RTÉ’s the Tommy Tiernan show, Other Voices and the Choice Music Prize Awards night in Vicar Street.
"Kealy's trademark Munster brogue and keen turns-of-phrase feel equal parts familiar and bracingly unique. If you get a chance to catch Junior Brother live, do not pass it up."
- Brian Coney, Dazed Magazine

"Kealy is not only marching to a different drumbeat, but creating one that we all want to march to."
- Louise Bruton, The Irish Times

"One of the brightest, funniest talents in the country"
- Eoghan O'Sullivan, The Irish Independent

★★★★
"The tales told here are full of wide-eyed wonders and keen observations. Between the clatter of one and clarity of the other, Junior Brother’s songs are the real deal."
- Tony Clayton-Lea, The Irish Times