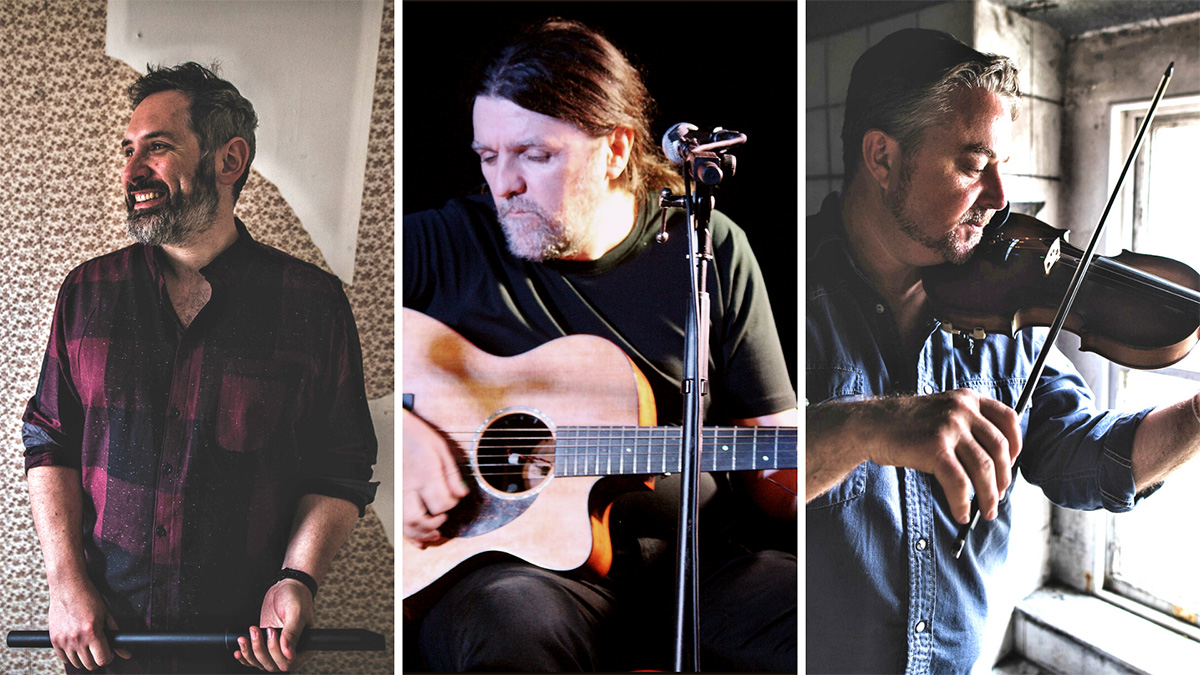 When Kieran Hanrahan told the world on RTE that Irish Folk raconteurs Kern were, “Future legends in the making”, he wasn’t wrong.

Kern is an Alt-Folk Music group that exudes raw energy and spirit. Brought together from the historic northeast of Ireland that was once known as the Oriel, featuring the trad influences from the west of the country, County Sligo.

The new Kern made up of Brendan McCreanor, Barry Kieran and featuring Seamie O'Dowd on vocals are enjoying a new attitude and approach to all things related to their craft.

Kern has accomplished much. They have performed live at Folk Alliance International in Montreal, Milwaukee Irish Fest as Templebar Tradfest Showcase Winners, Fleadh TV, Vantastival and Other Voices. The band has been featured on TV and radio around the world and a regular on RTE 1 and Lyric FM in Ireland. They have recorded 2 critically acclaimed albums to date: False Deceiver & The Left and the Leaving whilst touring the USA, Italy, Germany, Canada and their native Ireland.

Described by the Irish Times as “A revelation of style and panache..” Seamie O'Dowd is a guitarist, singer, and songwriter who also plays fiddle, harmonica, mandolin, and a plethora of other instruments. His commitment to his craft over the years led to his nomination for the Best Folk Musician award in 2018 in RTE's inaugural Irish Folk Awards.


He played and recorded with Dervish for six years, during which time he played with them at the legendary Rock in Rio festival in Brazil.