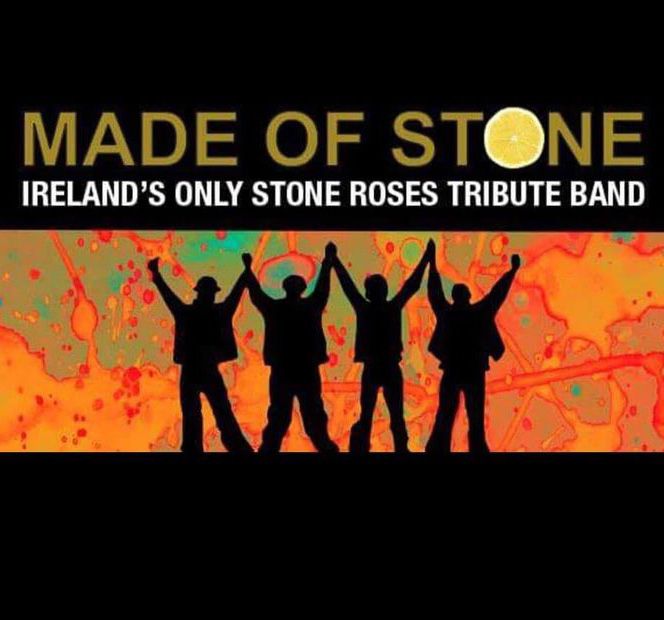 Made Of Stone are Ireland’s top The Stone Roses tribute band. Performing the music,songs and hits of the iconic Manchester indie band that inspired a generation.Made of Stone bring the magic vibes of The Stone Roses live show to life .
The Stone Roses are arguably one of the most important bands in the history of British music, with their immense influence still being present today as they changed the face of British rock.
They emerged with their first single in 1985, and as the music scene began to shift, they pioneered the movement in Manchester later coined as “Madchester,” becoming one of the most notable bands in the genre alongside the Inspiral Carpets and the Happy Mondays. Fusing alternative rock with acid house and psychedelia, the Stone Roses dominated the style typical to the Manchester scene, having a huge influence on the genre also known as “baggy.” They also had an immediate influence on the fashion of the time, mixing football casual with the hippie style, with drummer Reni’s fishing hats becoming a staple fashion statement.
So relive these magical music era,and get yourself to Made Of Stone .