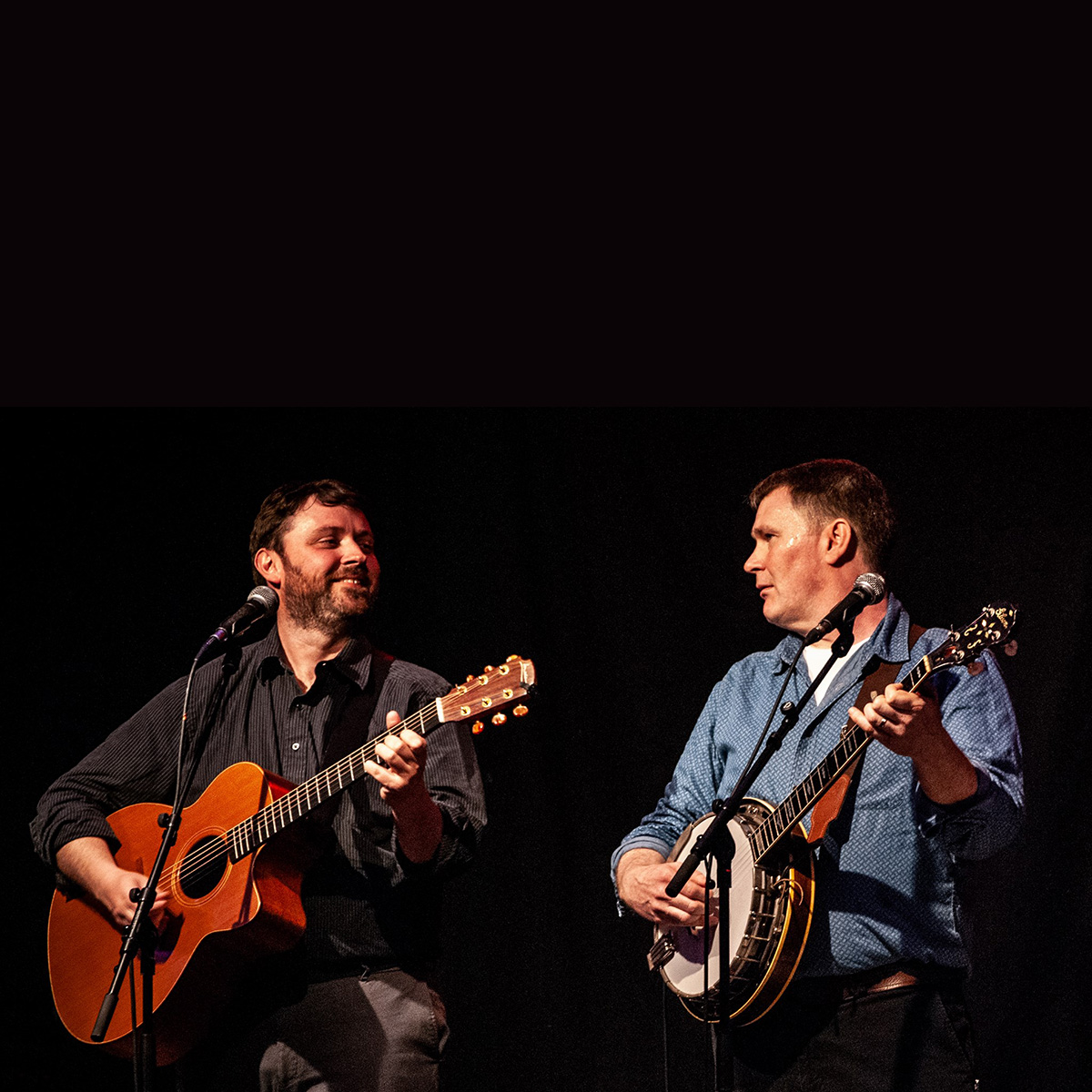 Rory Makem and Donal Clancy carry on the musical legacy, stories and songs of their legendary fathers, Tommy Makem and Liam Clancy.
Rory and Donal – the sons of, respectively, Tommy Makem and Liam Clancy – are justifiably proud of their families’ storied place in Irish music, and both had the opportunity to perform extensively with their famous fathers over the years, all over the world.
They’ve also forged their own musical paths. Dónal Clancy is an acclaimed guitarist, singer and performer, and has toured with The Chieftans, Solas and Danu, as well as solo.. Rory Makem is a seasoned performer with over 25 years on the road, and he has toured extensively with The Makem and Spain Brothers.
Throughout their individual pursuits, the latter-day Makem and Clancy have always sung the praises – literally – of their forebears, and in 2016 finally joined forces as a duo to carry on the legacies of The Clancy Brothers and the original Makem and Clancy, where they belted out classics like “Brennan on the Moor,” “Whistling Gypsy Rover,” “Wild Mountain Thyme” and many more, and shared plenty of stories and reminiscences with an appreciative, enthusiastic audience that happily sang along on practically every song.
They had 2 very successful tours in Ireland in 2019, where they played to packed houses in Tipperary, Armagh, Belfast and Derry. They have just toured Ireland again in spring 2022, playing a sold out show in Dungarvan, and successful shows in Ballycotton, Newry, Derry and Belfast.
There is a tour booked in Autumn 2022, with shows already pencilled in for Clonmel, Sligo, Westport, Wexford and Ballybofey, with more to follow
They are excited to be bringing the Makem and Clancy songbook and stories on tour in Ireland in 2022. It is a show not to be missed!