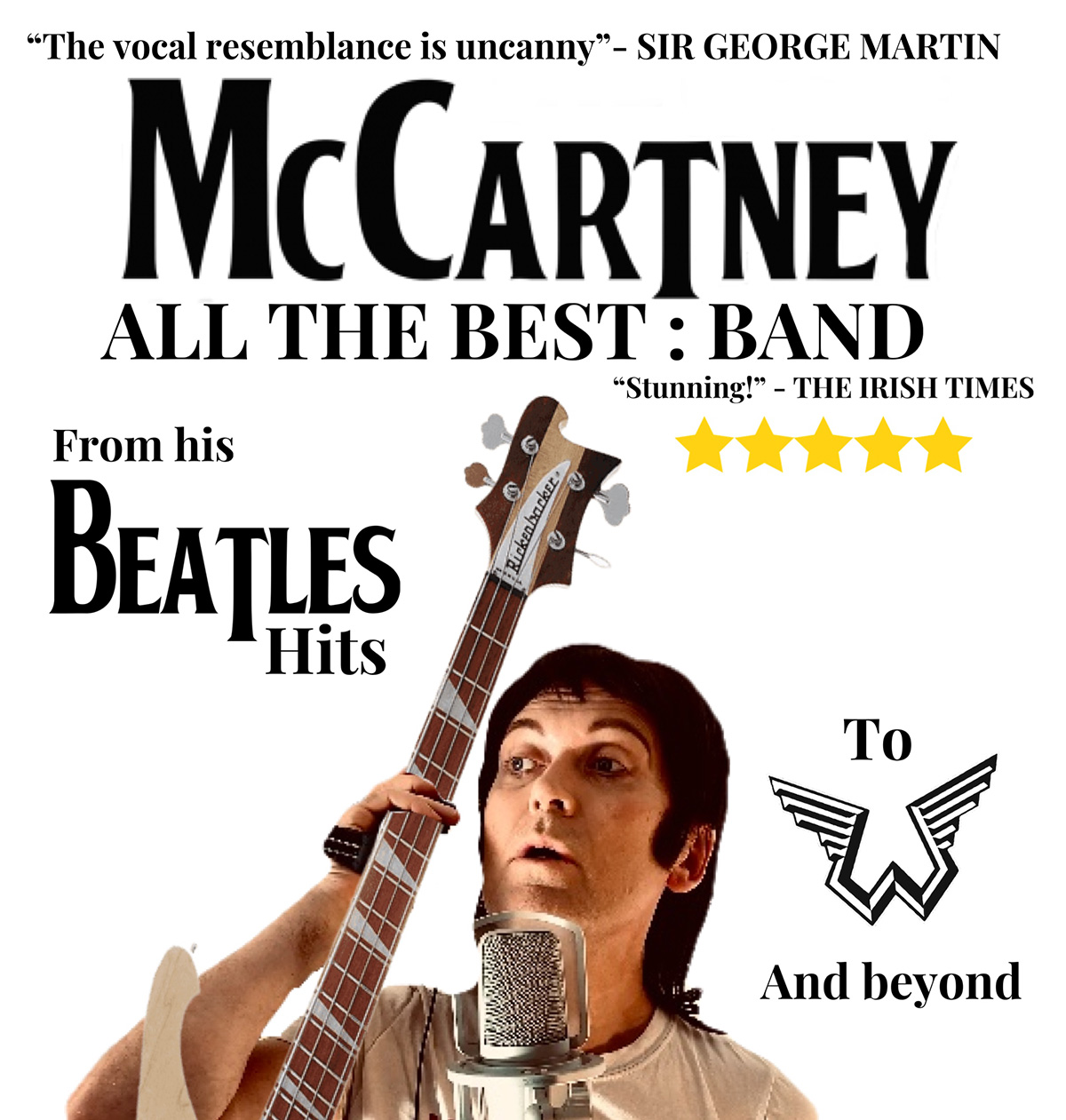 McCartney - All The Best

McCartney - All The Best

Fran King fronts this hit filled tribute to the legendary Sir Paul McCartney. Having cut his teeth as Paul for over 25 years in the internationally recognized & celebrated band, “The Classic Beatles”, touring the World & playing every major venue on the domestic circuit in Ireland.
Singled out for his vocal prowess in countless reviews, and the fastidious mannerisms of one of the biggest selling artists of all time, it wasn’t long before he was noticed by the fifth Beatle himself, Sir George Martin.
Fran worked alongside the World’s most successful Producer, for a number of shows at Dublin’s National Concert Hall before his retirement from live performances in 1999. He went on to work with Giles (Sir Georges son & producer of The Beatles remasters) a year later.
He was then re-United with George for a performance at Dublin’s UCD University in 2004.
Commenting on Fran’s attention to detail he remarked “The vocal resemblance is uncanny!”
The progression to Theatre followed shortly thereafter, as Fran starred as Paul in the smash Theatre production “GET BACK : The story of The Beatles”. The show played to sell out audiences in Dublin’s famous Olympia Theatre, before going Nationwide to ecstatic Acclaim.
A private performance for HRH QUEEN ELIZABETH II only served to add an International endorsement & a glowing testament of Fran’s talents.

The bands jaw dropping hit - laden catalog is delivered with a fastidious authenticity, and the breezy aplomb synonymous with Sir Paul. A something for everyone set of energetic big hitters, peppered with some of the most beautiful love songs ever committed to record make up the bands impressive cannon of material.

The group is comprised of some of Ireland’s (and England’s) finest seasoned musicians, who’s attention to detail is paramount to this exceptional body of work.
It’s not unusual to have patrons exclaim (post one of their shows), that it really was the essence & energy of McCartney up there on stage at one of the bands performances.
A splendid time is always guaranteed for all.