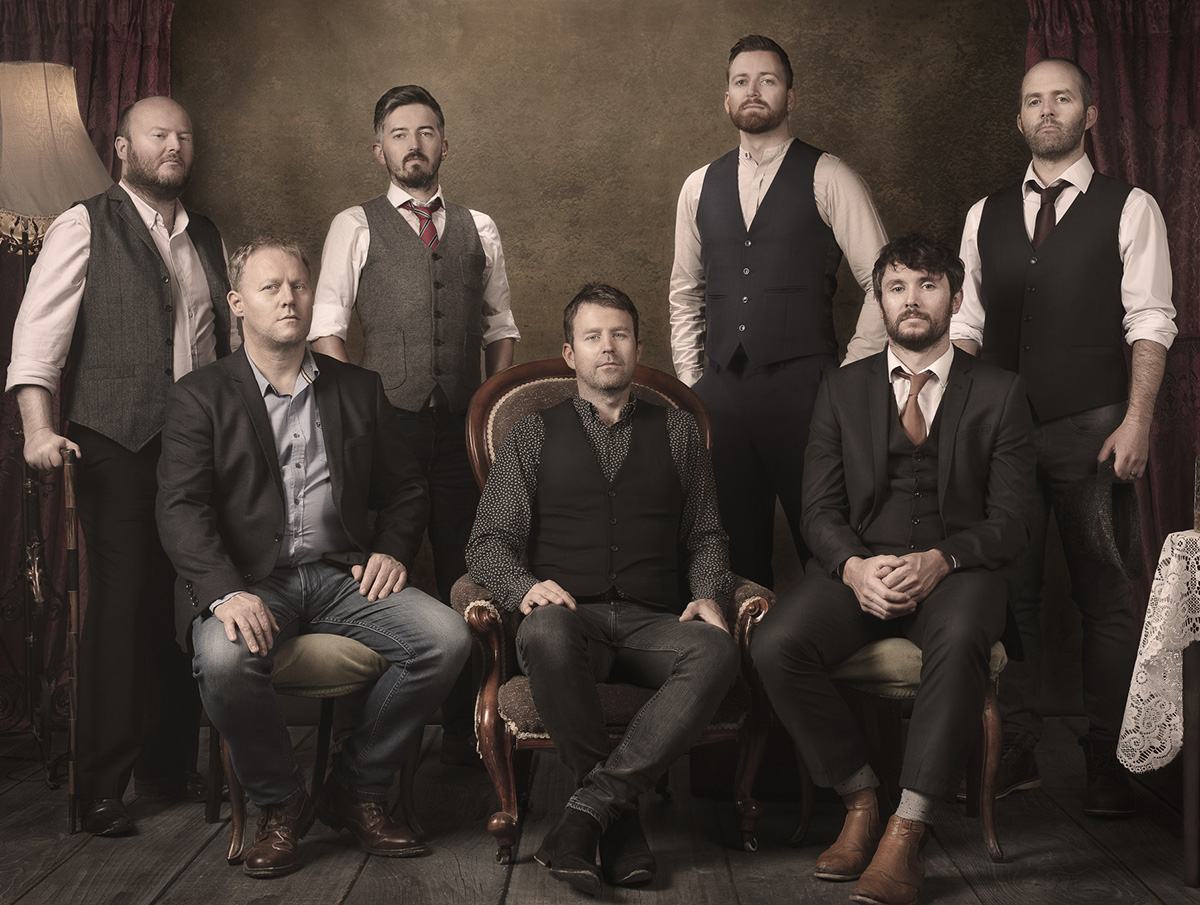 Strongly influenced by Bluegrass, Old Time Country and Folk Music, fused with traditional folk songs from this side of the Atlantic, Pilgrim St bring a warm and lively atmosphere to their music and have garnered a glowing word of mouth endorsement from venues around the country with their powerhouse live performances. Drawing from fellow luminaries such as Hank Williams, Woody Guthrie, The Pogues and Bruce Springsteen’s Seeger Sessions outfit, Pilgrim St bring their infectious melodies, harmonies and songs to venues all around the country.

With a setlist made up of covers and their own original songs they have graced the stages of Electric Picnic and Vicar street plus toured all over the country. Formed in 2014, the band released two EPs before the release of their debut album “Ash Into Gold Dust” in 2021 during the COVID Pandemic.

They are currently recording their second album.

Pilgrim St are a collective of musicians that include Peadar Farrelly on Guitar and Vocals, Eugene Donegan on Banjo and Vocals, Eoin McDonnell on Mandolin and Vocals, Francis McGinn on Bass, Mark Lynch on Dobro, Brendan Kelly on Accordion and Vocals and and Cathal McQuaid on the Fiddle.