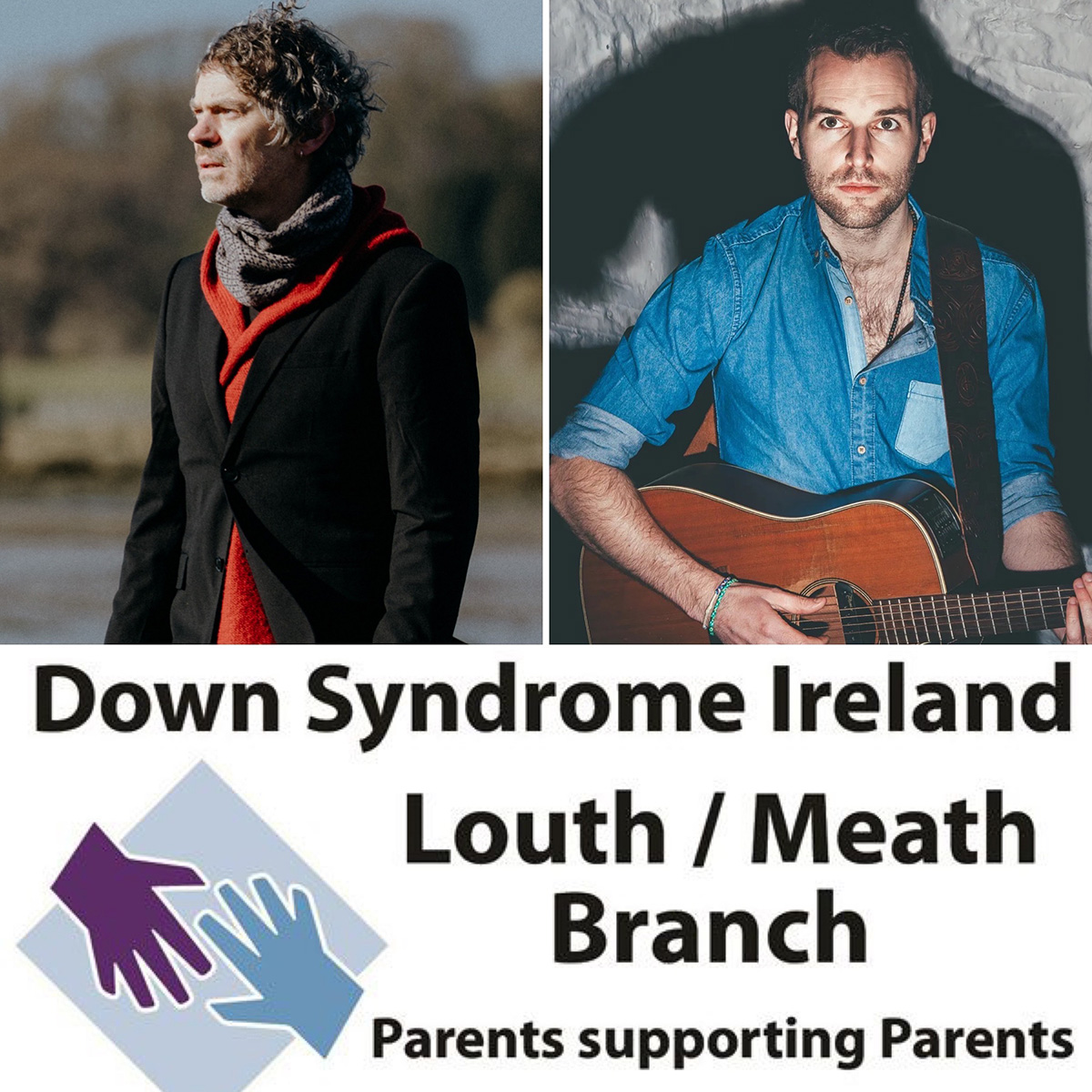 In Aid Of Down Syndrom Ireland

Get two great Louth-based singer/songwriters for the price of one - and support a very deserving cause while you’re at it!

Contemporary Irish folk artist Stephen Joseph McArdle is a songwriter, musician and curator, critically-acclaimed at home and abroad. He is known for his PORT album song-cycle project and its accompanying critically-acclaimed album, Old Ghosts In The Water (featuring Carol Keogh, Trevor Hutchinson and Dermot Byrne) as well as his previous work in award-winning Irish folk band Kern from 2013 to 2020 and his career as a singer-songwriter in Nashville and Germany, which produced 2014’s critically-acclaimed Blood and Bones album. SJ is also one third of Long Woman’s Grave, featuring Nuala Kennedy and Trevor Hutchinson. SJ’s songs and performances have been featured in radio, film and television and he has toured and recorded extensively in Ireland, Europe and North America, gathering a loyal following and critical accolades along the way.

Seanie Vaughan is an indie rock and folk artist from Connemara, Galway, Ireland, based in Drogheda for over a decade. In 2011, Seanie released his debut album “Altered Vision” which reached no.5 in the Irish Indie Album Charts. The album features lyrics with obvious connotations of growing up in rural Ireland. In 2015, Seanie released his second album, “Redemption”. A key to Vaughan's music is that each and every person should be able to relate to it and take something away from it for themselves. It has had high praise from national and international press - Hot Press Magazine, in a six star review compared Vaughan's “Redemption” to The Beatles and PureM heralded the album as 5/5 “not to be missed” and singled Seanie as "Unmissable, Redemption shows Seanie Vaughan is en-route to becoming an integral part of Irish rock". Seanie has toured his works nationally and internationally, in Britain, France, China, Switzerland and the US.

This is going to be a beautiful, intimate night of song, with all proceeds from the door going to a charity very close to Seanie and SJ’s hearts, Down Syndrome Ireland’s Louth/Meath branch.