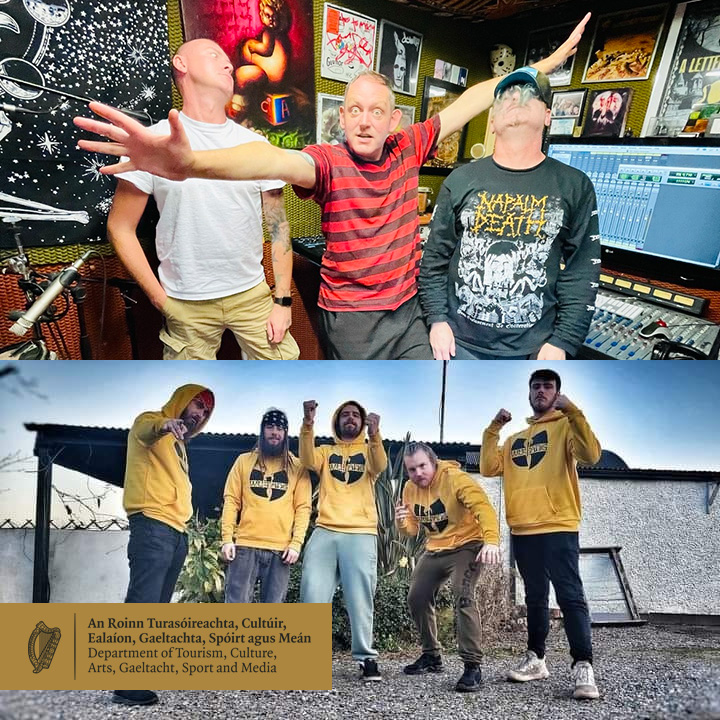 Due to illness Violent Mood Swing cannot appear and have been replaced by RP3000. Tickets are now 5 euro at the door. Apologies for any inconvenience caused.

RP 3000 are a conceptual two piece band from Dundalk Ireland formed in the summer of 2019. The band consists of Pete Johnson and Robbie Sharkey two lifelong friends who have played in bands together for over 26 years,namely Rumble(Peel session 1995), Little Alex and of course Pete Johnson and Screwball the most recent, we have embarked on this new project with a different approach .It is our mission to highlight political and social issues of the day through electronic guitar punk. It is not all about the music we both want to bring our love of art into our work. We are very conscious we may be perceive as pretentious in trying to achieve a high art form of mixed media and if it is the case we are not your of tea well that's why labels are for tins of beans!!!

We are the sweatiest 5 piece band south of the border. Cavans Knights in baggy armor. The band originally hails from the magical lands of Cavan with members from as far and wide as Navan and Louth. The Jobseekerz began playing music in 2014 playing shows in the local region and finding their sound.

After numerous line-up changes the quintint have formed a relationship and found their sound as an Alternate Rock, Rap, and Funk blend that they describe as Electric Gyp-Hop(Sham-rock). Listeners often compare this to the likes of the Beastie Boys and the Red Hot Chilli Peppers.
They have released their debut EP Social Hellfare at KnockanStockan festival on the 21st of July and their first music video for It's Got Me Like on the 6th of July which is gaining traction due to the cameo appearances of various TD's within the district.

The band are notorious for their energetic live shows, stage-presence and crowd interaction. The variety and mood changes during the set along with the social commentary from the inter-changing vocalists brings fresh air to every song in the set.

“I would happily stand in a muddy field watching these guys.” - Mc Hugh’s Drogheda