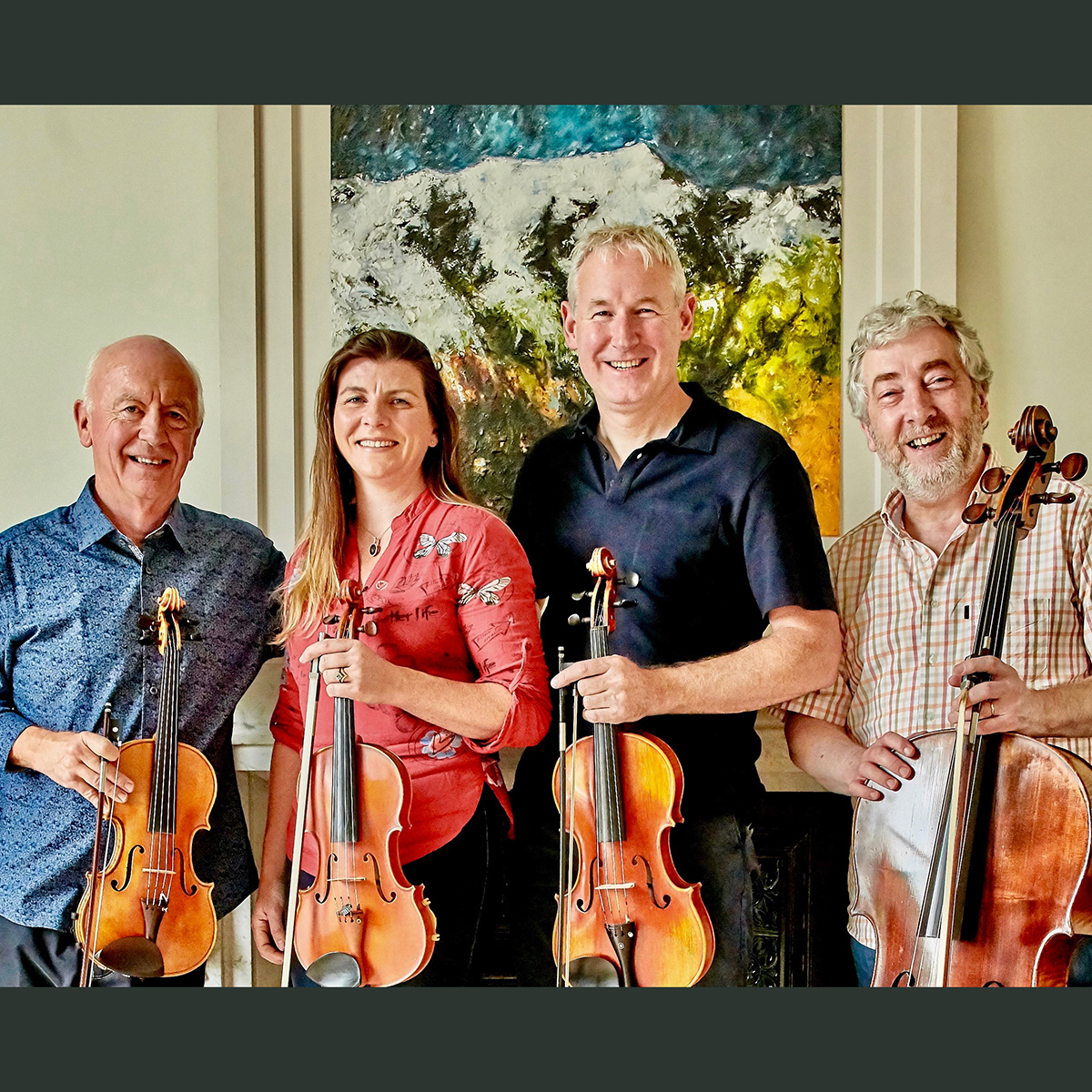 In November 1999, we in The West Ocean String Quartet - Seamus McGuire and Niamh Crowley/violins, Kenneth Rice/viola, Neil Martin/cello - set sail on what has become an endlessly fascinating journey of experimentation and collaboration, of seeking out other ways, of finding our own voice. Along the way we have shared stages and studios some of the very finest – Christy Moore, Liam O’Flynn, Stephen Rea, Maighread Ní Dhomhnaill, Matt Molloy, Iarla Ó Lionáird, Brian Kennedy, Cathal Ó Searcaigh, Eimear Quinn… great experiences all. Core to the journey has been the weaving of the quartet’s own tapestry, striving for ways to communicate through composing and arranging and producing what we believe in. A quadruple marriage over more than two decades is no dull jaunt.

For Atlantic Edge, quartet’s fifth album, rather than the emphasis being predominantly on newly-composed music, we were drawn to traditional music from or about the west of Ireland, and so began a most pleasurable trawl through that rich vein of material. The seemingly endless store of inexplicably beautiful airs and robust dance music from along the Atlantic edge underlines how landscape shapes humans, and vice versa. The two become inextricable, interdependent, and when artists seek to express themselves it’s inevitable that something of that sense of place appears. Airs and tunes of love and exile and home and longing and heartbreak.
An extensive nation-wide launch tour, planned for April 2020, fell victim to covid. To say that we are thrilled to now be out performing again and revisiting that tour is an understatement of huge proportion.

“A musical odyssey to soothe and stimulate the imagination”. Siobhan Long, Irish Times

“Exquisitely elegant… As precise as it is relaxed…. The eloquent intimacy of a long-established quartet” Michael Quinn, Songlines